Autonomous cars are capable of operating without any human intervention. They are programmed to sense their environment and act accordingly. This technology is being utilized in various other types of vehicles such as trucks, drones, ships and even planes. These vehicles rely mostly on their sensors, complex algorithms and machine learning in order to analyze their surroundings.

Now, two powerful players in the electric vehicle industry have joined hands to take this technology even further. Optimus Ride and Polaris are now planning to bring fully autonomous GEM electric vehicles to the market. This car will belong to the Polaris GEM low speed vehicle range and will have a combination of Optimus Ride’s software and hardware. 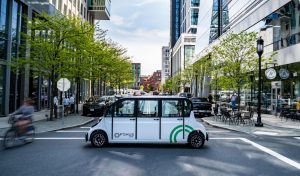 Optimus Ride has a vast amount of experience in the electric vehicle industry by using its technology to provide more than 75,000 autonomous vehicles in different environments. Sean Harrington, CEO of Optimus Ride said, “Expanding our partnership with Polaris accelerates our pursuit to transform personal mobility by delivering on-demand, autonomous transportation services to communities across the country. Polaris is the ideal partner to bring these vehicles to market with their established leadership in the LSV [low-speed vehicle] space, ability to quickly scale production and their deep knowledge of and experience in urban mobility.”

Speaking about the market conditions, other than the above mentioned companies there are numerous other players in the market. This includes Waymo, Ford, Uber, Motional and Cruise are all trying their hands in this industry. As of now the primary purpose of these vehicles is either providing delivery or ride services.

Polaris took over Global Electric Motorcars in 2011. Low Speed Vehicles are permitted to reach maximum speed of 25 miles per hour. They must not weight more than 3,000 pounds and must come equipped with a lot of safety measures for passenger’s safety and also of other people around the vehicle.

Autonomous cars are seen as the next big thing in the vehicle market due to the amount of things they can be used for. Since they don’t require much human involvement, it is speculated that demand for these cars can soar up in the near future. They can especially prove to be useful for the old people and the differently able, giving them a sense of independence.

But the real reason why everyone got their eye set on this vehicles is because of the high level of environment friendliness demonstrated by these vehicles. Since they function on electricity, the carbon emissions given out by these cars are next to none. This makes them an excellent option catering for sustainability and environment consciousness.

With all said and done there are still some doubts and unanswered questions about the electric vehicles. It is constantly compared to the human driver who relies sometimes on emotional intelligence while making some decisions on the road. We tend to study a person while they are crossing the road, their body language and facial expressions. Based on this analysis a human driver will make a quick split second decision whether to go ahead, stop the car or slow it down.

No matter what high levels of technological advancements are fit into the car, there are some who will always doubt it based on human factors. However, one must also keep in mind the role of environment conservation in this process.