How To Really Solve A Problem ? – Story Of Autowale.in 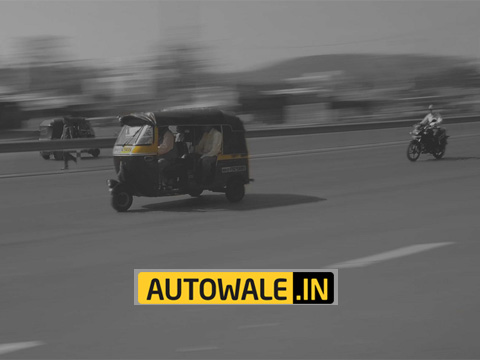 Having lived in Pune for a very long time, I know that getting an auto rickshaw to take you to your destination has traditionally been a challenge. “We don’t get return fares so we won’t go to that location” or “We will go but will charge extra money” is a response very commonly heard from the rickshaw drivers. And the bad state of public transport in Pune makes it extremely difficult to commute in absence of an auto rickshaw.

Mukesh Jha and Janardan Prasad were friends since IIT Kanpur days and were working abroad. Earlier they stayed in Pune and had repeated bad experiences with rickshaw commutes. Eventually they chose to start Autowale.in in 2011. Autowale today is a very successful name in the area of commute related startups in India and is being looked at as a strong alternative to the over competitive and over crowded cab aggregators market. In this interview with Techstory, Mukesh Jha, CEO of Autowale.in talks about the journey of Autowale. And while he narrates his journey, we get a very important lesson about what it really means to effectively solve a problem! 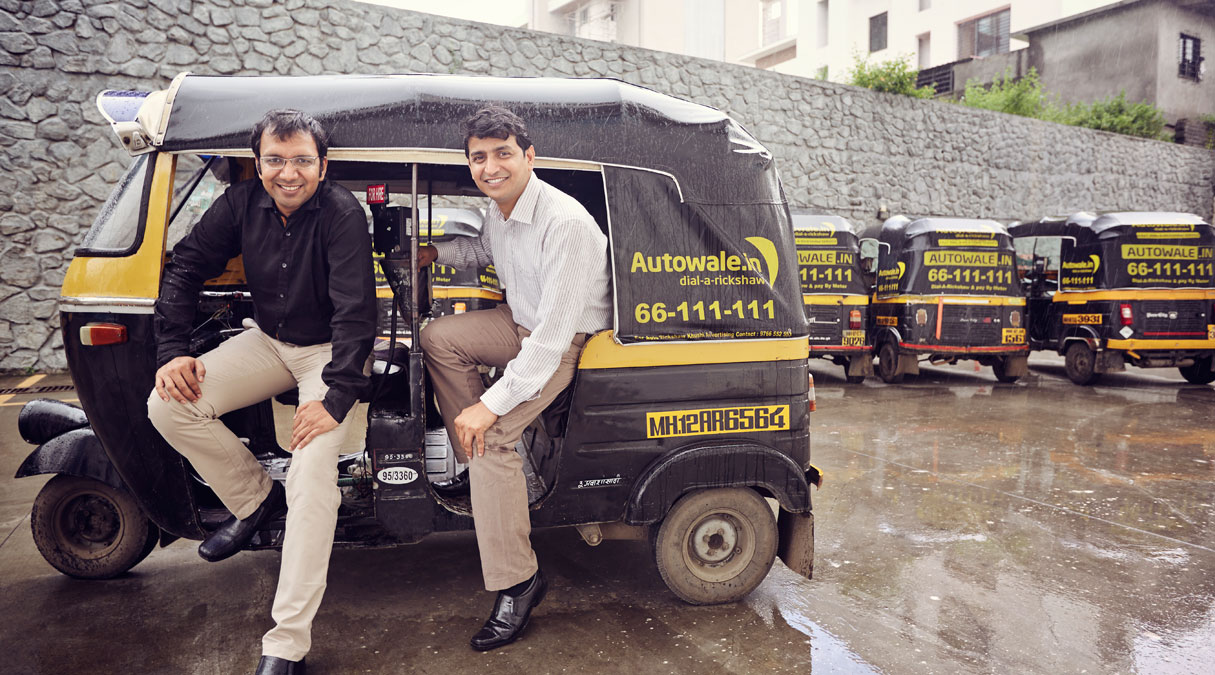 Mukesh and Janardan always had an entrepreneurial streak in them. Before starting Autowale.in, the two were looking for an Indian problem to solve. “We believe that the raw nature of infrastructure and the demographic dividend make India a country where an innovative idea could create a mass impact,” says Mukesh. With this in mind, the duo started out looking to solve the problem of commute for citizens of Pune.

Cab services were at a nascent stage in India at that point and starting a cab service was an option in front of them.” There was too much traffic on the roads already. We were not sure if we wanted to add to the chaos by adding more cabs on the roads. Rickshaws on the other hand were underutilized infrastructure lying on the roads. We wanted to create a responsible solution and therefore decided to go ahead with creating a solution to mobilize rickshaws,” says Mukesh.With this in mind , the duo ran a small pilot of Autowale.in in 2010. The service was commercially launched in 2011.

As the two started working closely within this ecosystem, they realized that it was the rickshaw drivers who were the main stakeholders impacted by this problem. Rickshaw drivers were finding it very difficult to make ends meet. They had to wait long hours at a rickshaw stands for passengers, they had competition with other drivers for passengers and when they got one, they obviously wanted as much money as they could make from this passenger and ended up quarreling with them for money. Even after that they typically made about 300 INR (take home) or mere $5 from a 12 hour long shift. This lead to a life trying to make ends meet and a lot of frustration when not being able to do so. The plight of the rickshaw driver was unimaginable. “Soon after we started working on Autowale.in we realized that the rickshaw driver was our main stakeholder and it was his problem we really had to solve,” says Mukesh.

The feature done by  ET Now on Autowale in April 2012 explains how some on the problems were solved by the company.

“We knew that we were addressing a very fundamental problem. We really wanted to solve this problem effectively and build a sustainable solution. We knew that we had to focus on creating an ecosystem,” says Mukesh. Team Autowale set out to build a complete system that could benefit all their stakeholders, with technology sitting at the heart of their solution.

The best way to create a solution is to connect supply and demand effectively. In case of Autowale, the most effective way to do that was to make sure that rickshaws are always utilized and customers always get a rickshaw as quickly as possible. A strong algorithm could make this possible and that is exactly what sits at the heart of the Autowale system.

Their algorithm takes into account all the possible trips will happen in the next few hours (a lot of times, regular rickshaw users such as office goers who need rickshaws every day or elderly citizens book rickshaws way in advance) and look at the availability and location of each driver. The algorithm then plans each trip in a way that the drivers always have their next trip in close vicinity. For last minute bookings, the algorithm again looks at the drivers that will be available in the area and plans trips accordingly.

The algorithm build into the Autowale system has been very effective in improving the occupancy rate for rickshaws. Drivers are now getting a ride every hour on an average. (earlier drivers were doing 3 to 4 rides in a day on an average). Their strong algorithm is one of the core reasons for success of this venture.

On the interface side, the company interacts with drivers through their mobile phones. Drivers get messages on their phones about their next rides. The company is building newer features to create a stronger algorithm that can be helpful if drivers are using smartphone. The company is therefore also pushing a lot of drivers to move on to smartphones.

For the consumers, consumers can access services of Autowale through an Android app, website or a call center. They can simply request a ride and be assured of one. Autowale charges their costumers a convenience fee for using their services if booking is done via their call center. But for all the convenience that the customers are getting, I am sure it is worth it !

Mukesh and Janardan had realized the core value of the rickshaw driver in the success of their system and decided to build a solution around him. “One good driver gets us 4-5 happy customers each day. They are the face of our brand, finally it is them who deliver this service, they will create customer retention for us. It is very imperative that they are happy,” says Mukesh. And the rickshaw drivers are extremely happy too. 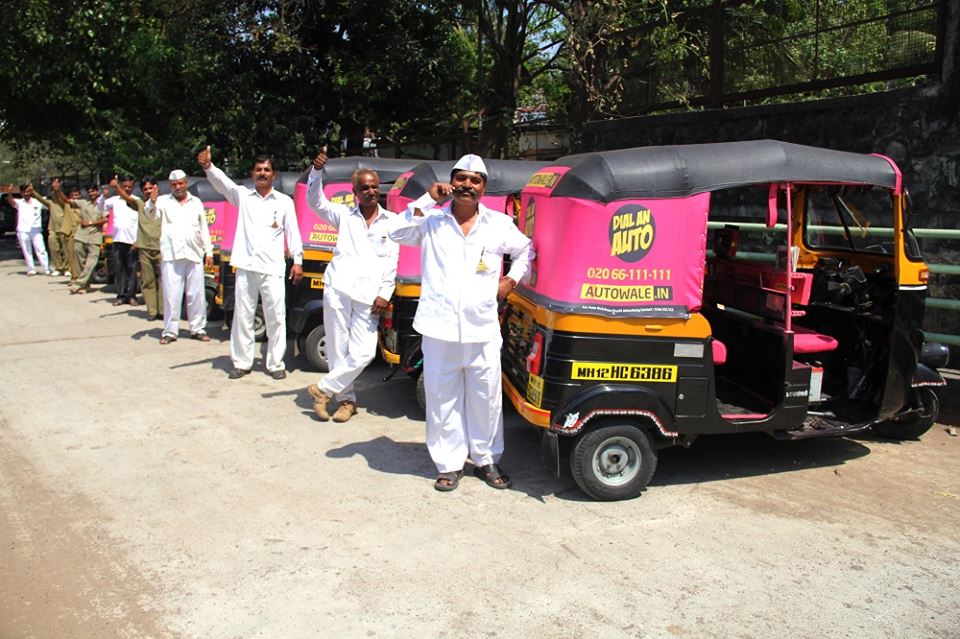 Autowale passes on 85% to 90% earnings from the platform to the rickshaw drivers. Drivers who have worked with Autowale have seen a huge jump in their incomes. They are now getting much more rides than what they previously were and the connecting rides makes a day in their life much easier.

An Insight Into the Most Creative People in Business in 2015

Fastcompany recently featured Mukesh Jha and Janardan Prasad in the “Most Creative People in Business in 2015” list. Building a successful business model that solves a core problem of the middle class population, the two sure are creative minds. From my interaction with the founders, this is what I can say about them.

The founders seem really passionate about solving this problem. Their business model is well thought of, their future plans are well laid out and are very practical. The two are in this for the long run and are committed to   creating a sustainable solution rather than running behind big money.

Autowale today works with more than 2,000 auto-rickshaw drivers through various forms of engagement and has 1.5 lakh customers using their services regularly in Pune. Till now Pune is the only city that Autowale is operating in and it ran a few pilots in Bangalore to see the response. The company plans to scale extensively to other cities in Maharashtra. Post that the company will create its presence in south India before venturing into other parts of the country. Autowale has plans to expand to 20 cities by the end of this year.

Autowale is currently also speaking to VCs for funding. The company is being seen as a good alternative to the over competitive and over crowded cab aggregators market.