Bangalore Police Catch Criminal Who Stole Car via OLX The accused stole the car on the pretext of taking it for a test drive.

In a very unorthodox case for any police force around the world, the police force of Bangalore was able to successfully track down a man who stole a car from OLX. The man saw an ad posted that showed that the car was for sale. The pair met and the ‘potential buyer’ took the car out for a test drive and just never returned back.

MG Venkatesh Naik, a 36-year-old man from Amruthanagar from a small town in Karnataka known as Bagepalli met with a 47-year-old man named Ravindra Elluri who lives in the Nagavara area in the state’s capital, Bangalore over four months ago back in January the 30th.

Mr. Elluri had logged in to OLX to place his car, a Maruti Suzuki Vitara Brezza for sale. OLX is an e-commerce firm just like Ebay where sellers and buyers meet on the platform for the transfer ownership of the product in question. 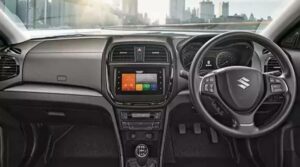 Mr. Elluri was approached by 5 people after he put up his car for sale; one of them being the man who ended up stealing it.

Naik requested the man if he could give him the car keys so he could drive it around and see if he likes it, to which the owner agreed and handed them to him. He then started the car, drove away and never came back.

Mr. Elluri then went straight to the police station to file a complaint. During the investigation, it was also discovered that the thief was using a phone that he stole as well. The cyber crime branch of the police force had to take into account over 2500 IP addresses on the e-commerce website as they were able to catch the man on the run at last on the 10th of May.

Mr. Naik plead guilty to his actions and said that he was backed in to a corner when he incurred a huge financial loss in the end of 2020 when his wife ran in the elections for the local panchayat. Therefore, he stole the car, threw the number plates and got new ones, and then sold it to repay some of his debts.

He is currently under judicial custody and his fate, jail term, or punishment has yet to be decided on by the court. It took close to 5 months for the police to catch the man and they could not recover vehicle yet which they are still trying to find.