Bitcoin Beach and its emergence 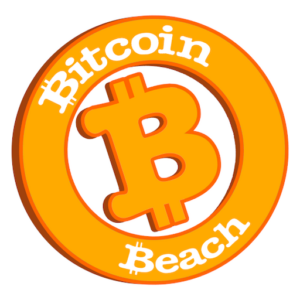 Bitcoin Beach was founded with the goal of expanding the bitcoin ecosystem in such a way that it improves people’s quality of life. Bitcoins have been utilised as a means of exchange in coastal villages since 2019, thanks to a number of projects that all entail using BTC in real-world transactions. The project Bitcoin Beach is built in such a way that it aims to create a sustainable bitcoin ecosystem on the shore of El Salvador. The residents of El Salvador are not eligible for merchant accounts and do not have access to banking accounts, which is the primary reason for the establishment of Bitcoin Beach.

Nayib Bukele announced that 44 countries are going to come together to discuss about bitcoin in EL Salvador. Some of the countries taking part in the meeting were – Nigeria, Egypt, Nepal, Pakistan, Bangladesh, Kenya, Uganda, Rwanda. Though the meeting’s main agenda is yet unknown, it is speculated that these countries would discuss bitcoin and how it can affect the banking industry in these countries. Last September, El Salvador became the first country to recognize bitcoin as a legal entity. It has accumulated around 2000 bitcoins worth around $60 million to far.

Besides, a big chunk of those 6 billion dollars is lost to intermediaries.

By using #Bitcoin, the amount received by more than a million low income families will increase in the equivalent of billions of dollars every year.

This will improve lives and the future of millions.

From the tweets it is quite evident that Nayib Yakub wants to take the use of bitcoin to a new level. He goes on to state that using one 1% of bitcoin will help the GDP of EL Salvador by at least 25% if not more. From bitcoin’s perspective, around 10 million new bitcoin users will enter the crypto market.

If the meet goes according to the plan and bitcoin becomes an integral part of the finance sector of these countries, then from the perspective of the countries, the GDP will shoot up and help the economy to grow and prosper. From bitcoin’s perspective, the value of bitcoin will surely shoot up, which in turn will help the crypto market to revive much faster after the sudden crypto crash that happened last week. The investment of EL Salvador in Bitcoin will also encourage many other countries in the globe to tender bitcoin as a legal entity for payments and other finance related activities. This move can surely be called revolutionary if the expectations are met accordingly.