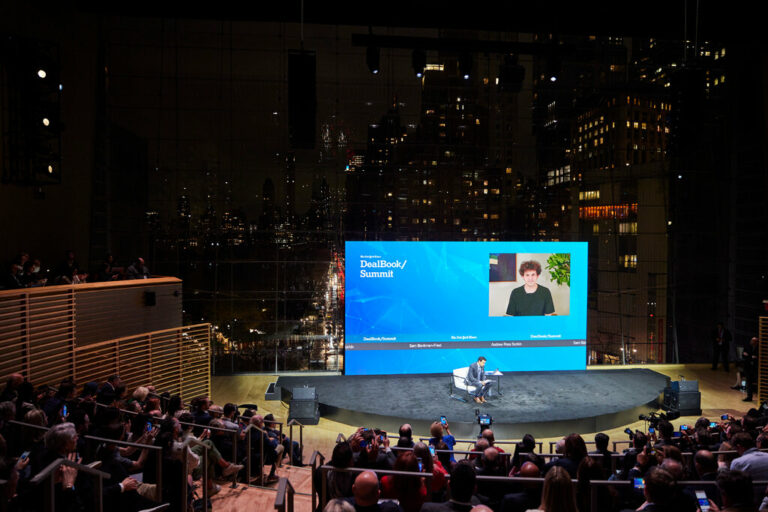 The former CEO of FTX Sam Bankman was Present at NYT’s DealBook Summit to showcase his side views on the fall of the FTX platform. FTX is a cryptocurrency platform that has collapsed and facing bankruptcy protection proceedings in the US. Sam Bankman was present at this summit through a virtual call although this Summit was arranged for in-person communication for all the invites in Appel Room at the Jazz At Lincoln Center.

What did Sam Bankman say in the NYT’s DealBook Summit?

Further in the interview further Bankman mentioned that he was not at all trying to commingle users and retail investor’s funds in the FTX platform. As per the views of Sam Bankman, no person was chiefly in charge of all the customers positioning and this has led to the diffusion of responsibility into an FTX Group of Companies which was over sighting its 130 + subsidiaries which were other Global companies.

Sam Bankman next in the interview mentioned that his lawyers were not happy about his presence at DealBook Summit but although he was present for this interview he also was not able to specify to exact reasons for the collapse of FTX platforms and he only mentioned all the points which were already discussed at best Twitter threads. Sam Bankman was present at this interview from the Bahamas through a video conferencing call.

Sam Bankman also mention the status of its subsidiaries FTX US, and FTX Japan, as these companies are also part of bankruptcy proceedings in the US and if the parties of these subsidiaries companies want to work on returning the customer’s funds then they can proceed. Sam Bankman further mentioned that he did a lot of mistakes in the FTX platform and now the thing is he cannot redo all these mistakes in the FTX platform.

When the New York Times reporter Andrew Ross Sorkin asked about the use of margin calls for financing the funds at a sister company of FTX, Sam Bankman mentioned that he was not even aware of this improper divergence of funds by Alameda Research and he did not knowing co-mingle the funds into to other propositions through Alameda Research.