Bankman-Fried says that market’s revival is top priority than the money spent on its revival!

Ever since the market crash occurred, the domain of cryptocurrency has taken a big hit. The big players in the market started bleeding. Crypto lenders like BlockFi and Voyager Digital went on to file chapters of Bankruptcy, as they started inching closer to insolvency. Amidst such a stiff market situation, the value of bitcoin, the most capitalized cryptocurrency also plummeted to its lowest value since the past two years.

Since the crash, the only company which has come forward and taken responsibility to revive the market back to its normalcy is FTX led by Sam Bankman-Fried.

Sam Bankman-Fried has always been vocal about his intentions in regards to the market slump. It is often heard from him that; he is even ready to spend millions of dollars for the sake of market. But it is really amusing to see only one person taking up the ownership for reviving back the market.

BlockFi went on to sign term sheets giving FTX an option to buy out the company, incase the crypto lending company is not able to fulfill its professional ventures that’s agreed upon. Voyager Digital is also being financed by FTX as its facing a lot of issue in the current market condition. 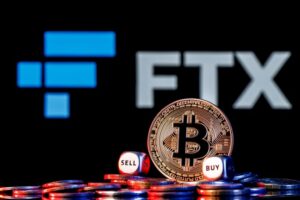 As the value of bitcoin plummeted over the past few weeks, FTX had its close eyes on the value of the cryptocurrency. Bankman Fried was heard saying that when the cryptocurrency dropped below $20,000, he started panicking about the market situation and wanted to do something about it immediately. However, he said that, this forced stress test showed that the systems FTX developed didn’t require any assistance.

The circumstances in the market surely look sorrowful for all the companies and doesn’t look to be improving either. As many crypto experts believe, that the crypto winter is nearing, I also believe that crypto winter is actually nearing and might cause  bigger upsets in the future. The responsibility taken by Sam Bankman-Fried is truly pleasing to see but, practically speaking, a single company headed by a passionate person, will not be enough to revive the market back. The regulatory bodies, the investors and the cryptocurrency companies have to play their parts to make the market normal again.