Barbados is preparing to formally designate digital real estate sovereign territory by establishing a metaverse embassy, which might be regarded as a watershed moment in the metaverse’s legitimization. 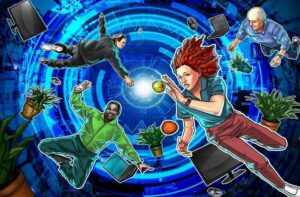 The Barbadian Ministry of Foreign Affairs and Foreign Trade said on Sunday that it has reached an agreement with Decentraland, one of the largest and most popular crypto-powered digital worlds, to build a digital embassy.

According to a press statement provided to CoinDesk, the government is also finalizing agreements with “Somnium Space, SuperWorld, and other Metaverse platforms.”

The numerous initiatives will aid in land acquisition, the design of virtual embassies and consulates, the development of infrastructure to provide services such as “e-visas,” and the construction of a “teleporter” that will allow users to transport their avatars across worlds.

Barbados’ ambassador to the United Arab Emirates, H.E. Gabriel Abed, said in an interview with CoinDesk that the government plans to grow rapidly beyond this initial endeavor to develop structures and buy digital land in a variety of virtual worlds.

“We don’t want to pick a winner since the metaverse is still young and new, and we want to make sure everything we construct is transportable across meta worlds,” he explained.

Abed is now seeking to create Barbados’ first actual embassy in the Middle East, in addition to driving the country’s metaverse diplomatic efforts. The Barbadian administration, whose Cabinet approved the metaverse embassy in August, sees the move as a once-in-a-lifetime diplomatic opportunity, he said.

“This is a method for Barbados to grow its diplomatic posts beyond the 18 it already has in 190+ countries.” This allows us to use digital diplomacy to open the door, which then leads to cultural diplomacy the exchange of art, music, and culture.”

Barbados will become the first government in the world to recognize digital sovereign land when the embassy opens in January, according to plans. The proposals were evaluated by the Ministry of Foreign Affairs, the Ministry of Science and Technology, and many other governmental entities for “many, several months,” according to Abed.

Barbados is one of the most cryptocurrency-friendly countries in the world, and it has been a leader in the development of a central bank digital currency.