Belgian MP to accept payment in Bitcoin. His monthly salary of EUR 5,500 ($6,140.75) will be converted to Bitcoin using the Bit4You cryptocurrency trading platform. 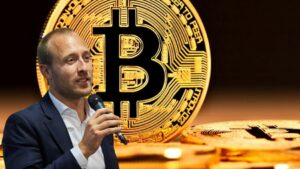 As crypto acceptance continues to grow among lawmakers throughout the world, a new pattern appears to have formed. Christophe De Beukelaer, a member of the Belgian Parliament and the Humanist Democratic Centre (CDC) party, has declared that he will be paid in Bitcoin (BTC).

Indeed, the lawmaker stated that his EUR 5,500 payment would be changed to the world’s largest crypto by market capitalization via Bit4You, a Belgian crypto exchange. “I am the first in Europe, if not the world,” De Beukelaer asserted, “who wishes to shine a focus on cryptocurrencies with such a move.”

Bringing the Cryptocurrency Industry to the Attention of Belgians

He used Eric Adams, the newly-elected mayor of New York, as an example of a politician outside of Europe who gets paid in Bitcoin. The mayor of the United States has been getting his bi-weekly salary in both BTC and Ether (ETH).

With this move, the Belgian MP wants to demonstrate to Europeans and Belgians that he believes in the bitcoin industry and has urged for more steps to promote its growth across the area.

He went on to say that adopting cryptos will “stimulate an in-depth reflection on our monetary system” among Belgian politicians.

The Mayor of Miami and His Bitcoin Advocacy

Last year, Francis Suarez, the current mayor of Miami and a well-known Bitcoin proponent, made news around the cryptosphere when he announced that he would be receiving his salary in the world’s largest cryptocurrency by market cap.

Miami Mayor’s annual salary is $97,000, according to US government public documents. Mayor Suarez has stated in previous articles that he prefers to use apps like Bitwage or Strike to convert his money into cryptocurrency rather than relying on the local authorities to do so.

Simultaneously, he continues to work to make Miami a “crypto hub” by attempting to pass crypto-friendly legislation, which he has dubbed the “most advanced crypto legislation” in the country.

Not only politicians but also some of the most well-known athletes have stepped forward to accept BTC payments. Seven NFL players have elected to be compensated in Bitcoin. NBA players like Klay Thompson and Andre Iguodala have also stated that they will accept Bitcoin as a form of payment in the future.

The growing popularity of Bitcoin as an asset is evidenced by the faith of athletes and a growing number of politicians who want to be paid in BTC.

Also read: Everything You Need to Know About Wemix Token