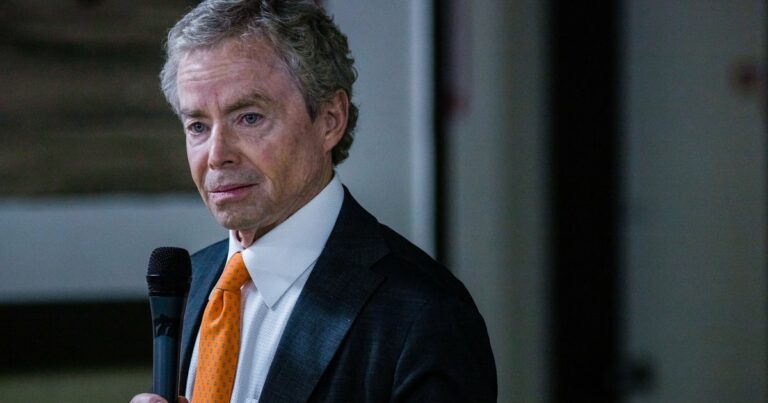 Don Huffines, a Republican candidate for governor of Texas, recently unveiled his proposal to make Texas the #1 state for Bitcoin and other cryptocurrencies in the United States. If elected, he has promised to make Bitcoin Cash legal tender in the state.

“I’ve had Bitcoin for a long time and am a firm believer in its worth as an asset and currency potential. Texas, as a leader in innovation, must set the standard for Bitcoin policy and cryptocurrency acceptance across the country. I’m dedicated to making Texas the Bitcoin capital and safeguarding the business from federal regulation.”

A Texas governor candidate named Don Huffines has declared that he is “dedicated to making Texas the citadel for bitcoin” and has prepared a plan outlining his goals.

According to the research, “as a pioneer in innovation, Texas must lead the nation in Bitcoin and cryptocurrency adoption.” “We can legitimize Bitcoin as a store of value, medium of trade, and unit of account not only by recognizing, supporting, and promoting the business but also by utilizing our natural resources and state authority.”

The state must prevent the federal government from “discriminating against Bitcoin holders” and “attempting to shut down or prohibit freedom-loving Texans investing in Bitcoin,” according to Huffines.

“Not only does the plan call for bitcoin to be designated legal tender, but it also calls for the creation of the Bitcoin & Cryptocurrency Policy Commission, which will be entrusted with determining the utility of recognized currencies.” “As legal tender in Texas.”

Texas, the second largest and most populous state in the United States, has the ability to enter the crypto money world quickly with its new gubernatorial candidate. Don Huffines, a Texas gubernatorial candidate, declared in a statement on the issue that if elected, he will make Bitcoin a real currency, at least in Texas.

The governor’s candidacy also has a rapt crowd, underlining that the crypto money business is expanding with bitcoin up and other platforms and that it is critical to be a part of the future.

Even if it is unclear how Huffines will recognize BTC as a valid currency or how the central government will react, the sheer mention of BTC in such affairs is significant. The current governor of Texas, Greg Abbott, addressed Bitcoin miners and asked them to visit his state.

Abbott committed to adapting electrical systems to regulate in response to increased demand, in addition to underlining that Bitcoin miners will help Texas’ economy. The current situation in Texas can be classified as crypto-friendly for the time being.