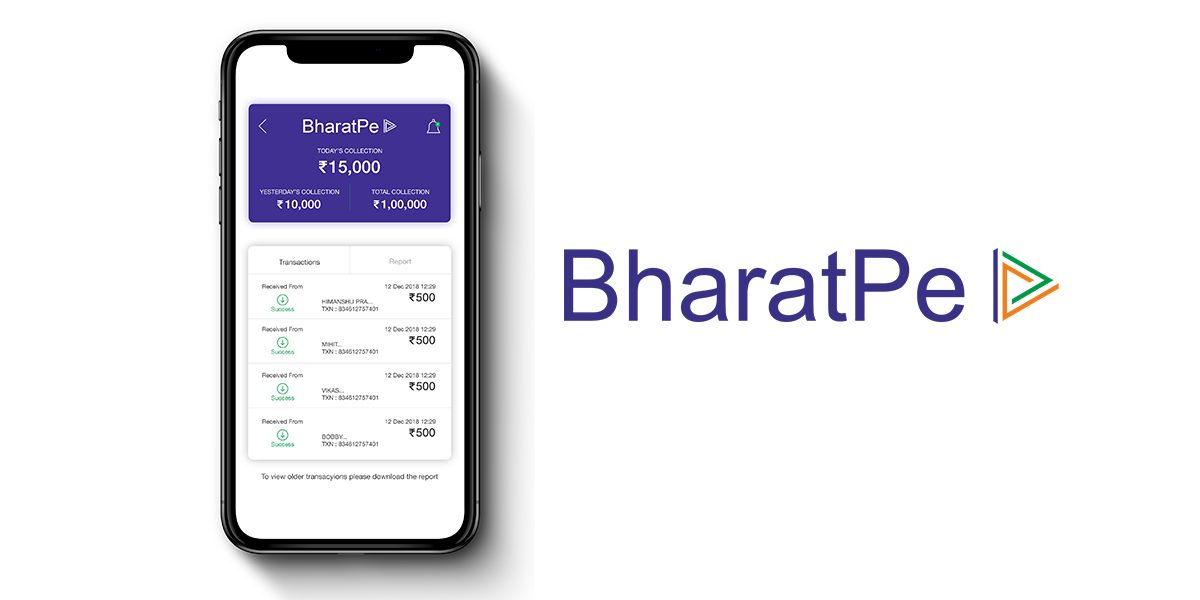 BharatPe is a QR Code based payment platform that allows retailers and businessmen to accept payments offline. Recently, the company plans to raise USD 200 million in equity financing and USD 500 million in debt and this funding round could valuate BharatPe at USD 1 billion, making it a Unicorn company.

Founded back in 2018 by Ahneer Grovar and Shashvat Nakrani, the alternate lending platform can accept payments from any card or payments application for free. The company plans raise the debt over the next two years and about $100 million equity shall be raised by March 2021, says Ashneer Grovar, Chief Executive Officer and Founder, BharatPe.

According to the company profile on CrunchBase, the payments platform has raised total funding worth USD 149.7 million in over five financing rounds. BharatPe’s last funding round concluded today on 6th January 2021 with Temasek Holdings’ InnoVen Capital as a lead investor. Before this, BharatPe raised USD 75 million in Series C funding round led by New York-based Coatue and Ribbit Capital, a US-based Venture Capital firm.

The current valuation of the financial technology start-up after the latest equity funding is USD 400 million and the latest funds shall be utilised by the company to enter new retail segments and grow its lending operations with new products, according to a report by Live Mint.

In a statement, Ashneer Grovar mentions that the company is aiming to create a homegrown credit fund and is excited about the debts raised by the platform from several financial institutions and international banks.

This month in January, BharatPe is most likely to launch “Bharat DtoR” which stands for Distributor to Retailer. This will be the company’s newest wholesaler financing product. According to sources, Ashneer Grover mentioned in a statement that the company’s monthly expenditure remains below USD 3 million and that it hasn’t even utilized the funds received from its previous financing round.

Furthermore, Grover added that most players in the financial technology market are inclined towards raising equity funds and BharatPe is in a situation with a minimum burn rate that it can continue to raise equity and debt towards the company’s lending business, as mentioned in the report by Live Mint.

The financial technology market in India is growing at rapid rates and towards lending which means that in the near future, debt will become much bigger than the equity market in the country, says founder, Ashneer Grover.