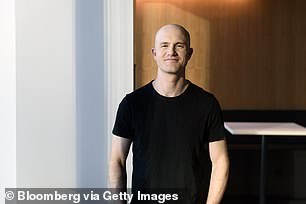 The founder and billionaire of Coinbase, an American cryptocurrency firm, is now employing machine learning to try to cure aging. Brian Armstrong recently announced the launch of NewLimit, an ‘epigenetic reprogramming’ firm aimed at developing anti-aging medicines.
NewLimit will start by extensively examining epigenetic determinants of aging and developing solutions that can regenerate tissues to treat specific patient populations,’ according to a news release.

Armstrong wants to use machine learning to figure out what changes in cell characteristics as we age, so he can develop “therapies that could slow, halt, or reverse this process.”
NewLimit is still in the concept stage, according to Armstrong, but the company’s founders, which include Stanford Ph.D. Blake Byers has pledged $105 million to get it off the ground. ‘It is very ambitious to try to ‘cure aging,’ and we believe this goal might take decades to complete if it is even possible, but that is precisely why we feel the urgency to get started today,’ Armstrong and Byers said in a statement.

The discovery of how epigenetics drives aging, which refers to changes that alter the physical structure of DNA, is a crucial component in NewLimit.
In the statement, Armstrong and Byers stated, “NewLimit wants to initially focus on one mechanism: epigenetic reprogramming.”

‘Age-related changes in gene expression that damage the fundamental processes of cells and increase the risk of cancer and other age-related disorders,’ according to epigenetic drivers of aging.

‘To put it another way, we aim to figure out a means to restore the regenerative potential we all had when we were younger but have since lost,’ the press statement states.
The company also intends to make its medicines available to everyone but warns that it may take decades for its goods to reach affordable prices for the typical individual.
Armstrong isn’t the only billionaire dabbling in the anti-aging business; in September, Jeff Bezos and Russian-Israeli entrepreneur Yuri Milner invested in a fledgling biotechnology firm to find a means to reverse aging.

Altos Labs was founded early this year in the United States and the United Kingdom and has raised at least $270 million to investigate the possibility of cell reprogramming technology to turn back the clock in animals, and possibly humans.

Altos Labs intends to do so using biological reprogramming, a technology developed in 2006 by Altos Labs board member Shinya Yamanaka. Yamanaka demonstrated that cells can be altered to become any cell in the body by adding just four proteins, now known as Yamanaka factors.
In 2016, Spanish biologist Juan Carlos Izpisa Belmonte, who will also join Altos Labs, saw the approach reduce cellular and physiological indicators of aging in living mice, extending their longevity by an average of six weeks.