Last week, SQUID, a “play-to-earn” token, soared more than 70,000 percent to $2,861, before plummeting to fractions of a penny on Monday. Due to a lack of liquidity, token owners were unable to sell their tokens. The token is not associated with the hit in any way.

Squid Game tokens are being examined by Binance 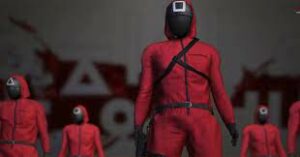 Binance, the world’s largest crypto exchange, has announced that it is looking into the Squid Game token issue, to recover stolen assets and report its findings to legal police. SQUID is mostly active on PancakeSwap. Because it is essentially a collection of algorithms, or smart contracts, that set the prices and terms of a deal, it is referred to as an automated market maker. The community of users, who also serve to control the system, offer liquidity.

Binance is examining the SQUID token crash and believes it is a hoax, according to a company spokesperson who talked to CoinDesk.According to the representative, Binance is looking into measures to assist those who have been victimized, including “blacklisting addresses associated with the developers and employing blockchain analytics to identify the bad actors.” Binance will also inform law enforcement agencies in the relevant jurisdictions of its findings.

Following the revelation of the Binance probe, the price of SQUID has climbed by nearly 660 percent in the previous 24 hours, according to CoinMarketCap. Binance Smart Chain (BSC) provides the foundation for the play-to-earn SQUID protocol, although the company stressed that BSC is an open-source ecosystem and that it has no control over initiatives created on it.

“These types of fraud initiatives have become all too frequent in the DeFi market, as speculative crypto investors looking for the next moon shot’ are ready to participate in companies without performing adequate due diligence,” the spokesman stated. The price of the SQUID coin has dropped to practically nothing, according to CoinDesk, and the project’s developers have announced their departure.

The probe was initially reported on by Barron’s. Binance told Barron’s that the token’s creators appear to be utilizing Tornado Cash to hide their tracks.