Binance removed and altered an emoji on Twitter after users complained that it resembled a Swastika. The accompanying emoji was a block with Binance’s logo encircled by four pixelated arms bent at a right angle, akin to the swastika sign. The emoji sparked outrage on Twitter, with some pointing out its similarities to a swastika.  “Well, that was obviously pretty embarrassing,” the company twitted. 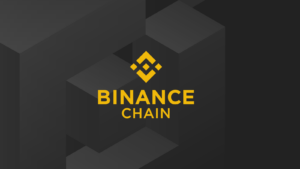 Binance is still working out how to advertise itself internationally. On Wednesday, Binance posted a new Twitter symbol known as a hash flag, which is essentially a logo designed to accompany mentions of Binance online. However, the cryptocurrency exchange promptly removed the logo after Twitter users pointed out that the spiraling logo resembled a swastika.

Twitter periodically permits brands to design their emojis to use in hashtags to promote their products. In this example, Binance launched an emoji for several hashtags, including #Binance, #BNB, and #BitcoinButton.

The emoji for these hashtags depicted a block with the Binance logo surrounded by four pixelated arms bent at a right angle, similar to the swastika sign.

Users on Twitter immediately recognized the resemblance to a swastika. “The new Binance logo is an actual Nazi emoji,” one user remarked.

Other users emphasized the significance of Binance’s decision to release the emoji on Hitler’s birthday, April 20.

The Binance sign was not slanted, signifying that it was inspired by Asian iconography — it is used to symbolize spirituality in Hindu and Buddhist religions — rather than the logo of the German Nazi party, which was banned in 1945.

Binance has since replaced the emoji with a new one that resembles a coin.

“Well, that was obviously pretty embarrassing,” the business tweeted.

“We’re not sure how the emoji went through numerous rounds of review without anyone noticing,” Binance added. “But we promptly notified the issue, pulled it down, and the replacement emoji design is being rolled out as we speak.”

Binance, which was founded in 2017 by Chinese-Canadian entrepreneur Changpeng Zhao, is the world’s largest digital currency exchange, moving more than $18 billion in trade volumes in a single day.

If you find this article informative then do not forget to share it with your friends and family! Let us know in the comment section what are your thoughts on the above topic.