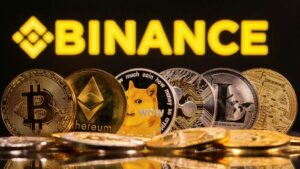 The news indicates continued growth at the headquarters in the United States. Following the resignation of the CEO, Finance.us has a new President in office. Brian Schroder is now in charge. He’s a very well-known figure in Silicon Valley for his contributions to Uber China (Asia) and the Ant Group Company. As a brand entrepreneur in China, he has had an extremely successful track record.

Shroder will be the head of nearly every aspect of Binance.US exchange. His title of President includes the roles of overseeing strategy, execution, fundraising, business & corporate development. The newly appointed President will also be managing legal, human resources, product, and technology functions. In short, if Brian’s not okay with it, it won’t fly in the United States branch. The newly appointed President said he’s looking forward to “sharing our [Binance.US] exciting story with the broader investment community as we begin our journey toward IPO.”

The Binance IPO mentioning highlights & compliments other recent positive news headlines. It’s a light re-confirmation of how serious BNB is about moving into the US market. The original headline came from the global brand’s CEO Changpeng Zhao’s recent statement. He said that the global cryptocoin exchange will likely have an Initial Public Offering within 2 to 3 years.

On top of this, Zhao also mentioned to the publication the Information that Binance is close to closing out a large second round of funding and this move will reduce the CEO’s power within the global cryptocurrency machine. Of course, this news comes after a series of Banking bans that put ‘clamps’ on Binance trading in China. It’s not illegal to own cryptocurrency there nor trade it. However, the People’s Bank of China aka Central Banking has outlawed the trade of digital currency in their banks. For at least 1 year, Binance is banned because it operates on fiat to cryptocoin trading model.

As a result, Chinese crypto-investors need new options. Crypto-for-crypto decentralized exchanges are the only ones allowed. As referred to as “cross-chain” exchanges, one BEP-20 token predicted & planned for this issue before the ban.

Again, cryptocurrency is not banned in China. China’s central banks have banned the trading of cryptocurrency for fiat (dollar) currency. This regulation led to Binance being banned. The SafeTitan ($STTN) coin, which has its ICO on October 14th, has great foresight on this issue. The token brand’s website has bragged about being “The China Coin” and a solution coin for the Chinese since June. Chinese central bank (PBOC) banned digital currency trading today, just four months after announcing their plans.

Significantly, however, is the SafeTitan ($STTN) cryptocoin that preceded the Decentralized Exchange. It is BEP20 aka BNB-Paired. This makes trading convenient for Binance users holding the BNB crypto coin to invest in SafeTitan. And not only that, to use them for trading into other cryptocurrencies once the Swap is released.
In layman’s terms, this BEP20 token will boost daily Binance (BNB) transaction totals first. Once the SafeTitan Swap has been launched, it will facilitate the trading of BNB tokens in China.

With all of the recent positive news for Binance, there’s no wonder why token values are soaring. However, one Wall Street company believes this isn’t enough to sustain the Bull run.