He is the only son of Smt. Prabha Devi and Late Sh. Gajender Pal Sharma.

He has only sister named as Smt. Abhilasha Kaushik, married with Mr. Mohit Kaushik.

During his professional education journey, he percept that jurisprudence, economics and technical (know how) are three intellectual concept, which are mandatory required for development of any civil society or any nation. 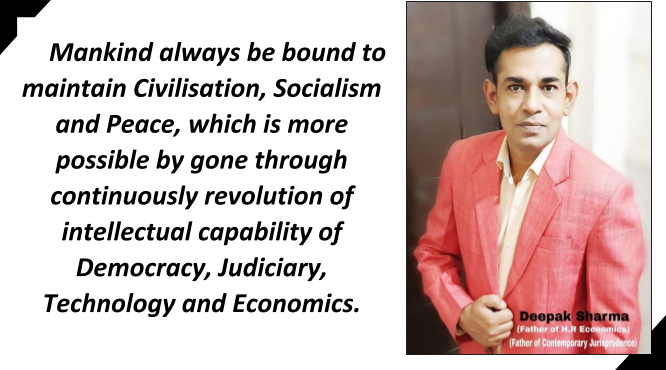 Deepak Sharma also propounded the School of Contemporary Jurisprudence, which is considered as world’s 5th School of modern jurisprudence (except natural School) in next one for series of –

Thereafter, Deepak Sharma was designated as father of Contemporary Jurisprudence.

Deepak Sharma started working on H.R Economic Model and Contemporary Jurisprudence during starting of 2014 and completed aforesaid assignments at end of December 2015.

On dated 15 July 2019, aforesaid Economic Model and concept of Jurisprudence was introduce at Press Club of India, Delhi, through a press conference.

Mr. Deepak Sharma is first economist, who codified that human resource is an absolute as well as hugest asset Worldwide and he claim aforesaid asset could be converted and utilised into monetary fund. For aforesaid conversion, he proposed new economic system in term of manpower grid economic concept.

By using tools and methods of H.R. Economic Model, he was succeed to deliver the 15 trillion dollars GDP economic project to Govt. of India.

Contemporary Jurisprudence at a glance

Deepak Sharma is first jurist, who declined the current two level democratic structure public and parliamentary / legislative assembly structure, on the ground that personal interest of elected person( as member of parliament or member of legislative assemblies) remains differ from public interest. In same regard, he propound 3 level democratic structure, as Public/Society, Representative of the society and Parliament / Legislative Assembly.

Mr. Deepak Sharma also propounded various new jurisprudence concept in the history of mankind such as 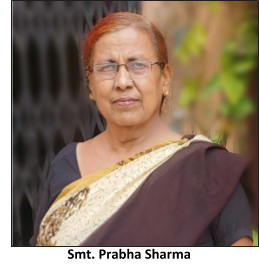 According to Mr. Deepak Sharma, his mother Smt. Prabha Sharma (Teacher) inspired and encouraged him for denying the huge M.N.C job packages and encouraged to him to perform National duty first, his mother providing financial assistance to complete the concept of H.R. Economic Model and Contemporary Jurisprudence project since 2013. 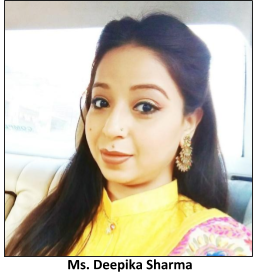 Impact on India and Mankind

If H.R. Economic Model succeed, in that case, India shall be became as new economic pole since after America (Capitalism) and U.S.S.R (Communism), and Contemporary Jurisprudence shall be sufficient for Indian Democratic and Judicial revolution.

While Mankind shall be benefited itself in term for get rid of poverty, unemployment and corruption.