Bitcoin is about to face yet another technical challenge as it attempts key test to make gains above $40,000. The largest digital currency is now pushing up against the upper end of the Ichimoku cloud, a prominent technical indicator, after jumping 15% this week to temporarily reach the $40,000 barrier. The cloud employs a set of mathematical principles to assist define price resistance and support, with a breakout above the top indicating the possibility of future increases.

Bitcoin’s price has been steadily rising for the previous few weeks; on Monday, it surged 12.5 per cent to $39,850, its best since mid-June during the Asia session, while ether touched a three-week high of $.

Elon Musk, a cryptocurrency enthusiast and Tesla CEO, indicated last week that the carmaker will likely resume taking bitcoin once it completed its energy due diligence. It had halted such payments in May, contributing to a steep drop in cryptocurrency prices.

Last week, Twitter CEO Jack Dorsey indicated that bitcoin is a “huge part” of the company’s future, and on Sunday, London’s City AM newspaper reported that Amazon is planning to accept bitcoin payments before the end of the year, citing an unnamed “insider.” 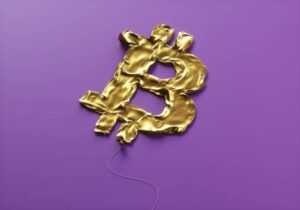 The Ichimoku Cloud is a set of technical indicators that shows support and resistance levels, momentum, and trend direction. This is accomplished by plotting many averages on a graph. It also uses these data to generate a “cloud” that tries to predict where the price will find future support or resistance.

The Ichimoku Cloud was invented by Goichi Hosoda, a Japanese journalist, and was originally published in the late 1960s.

1 A standard candlestick chart has fewer data points than this one. Despite the fact that it appears sophisticated at first appearance, people who are

With well-defined trade indicators, it will be straightforward to understand for those who are familiar with chart reading.