While Rivian’s electric pickup trucks and SUV deliveries are delayed, electric vans are on time. Currently, Rivian vans for Amazon are being tested in multiple locations, like Los Angeles and San Fransisco. Now three vans are tested in Michigan, Detroit too. These cans are said to be assembled at Rivian’s Plymouth, Michigan design center.

Rivian engineer was driving the van in Michigan. Amazon plans to purchase 100,000 vans from Rivian as part of its zero-carbon emission goals. Currently, their drivers in select locations are being trained on how to use Rivian’s vans.

Having the battery pack on the power train saves up a lot of space and once accustomed electric van drives are smooth. Guidehouse Insights auto analyst Sam Abuelsamid talks about the importance of the electric van fleet. Abuelsamid said, “Amazon committed — sight unseen — to buying 100,000 of these delivery vans from Rivian over the next several years,”

Further added, “They don’t need a lot of range, these vehicles generally travel less than 75-80 miles per day having the battery under the load floor leaves lots of space for carrying cargo. For Amazon, testing them here (in Michigan) is gonna make a lot of sense when it comes to wintertime driving and our roads are not great … this will be a good durability test for the vans as well to see how well they hold up from the pounding of Michigan roads.” 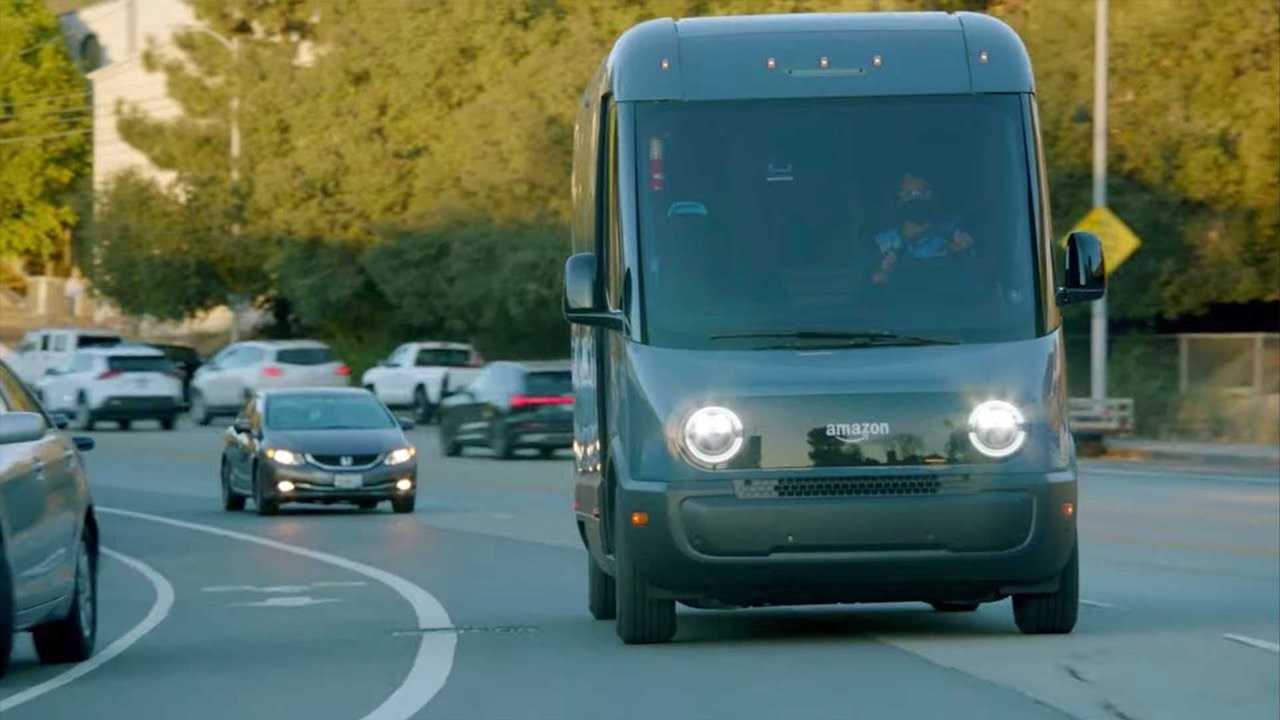 The Rivian van seen is among the three vans currently under testing in Detroit. As per Amazon’s plans, the vans will initially be seen in 16 cities, delivering to customers on electric vehicles. As per Auto News, the vans looked ready to use and not as a prototype. By next year, 10,000 Rivian electric vans are expected to be on roads.

During Jeff Bezos’s recent spaceflight through Blue Origin, Rivian’s prototype electric vehicles were used. Despite Jeff Bezos retiring from Amazon, his commitment towards Rivian came to everyone’s attention. To some aspect, the interest is considered to Bezos being a rival to SpaceX’s Elon Musk.

Rivian and Tesla’s competition will increase once Rivian starts deliveries. Originally R1T electric pickups were expected to start deliveries by June 2021. But, a delay was announced, now scheduled to September.

Bezos himself and Blue Origin team during the launch were seen using the R1S prototype. Amazon invested $700 million on Rivian. By 2030, Amazon is to have more than 100,000 Rivian vans.