The correction from the all-time high of BTC has been huge. The last correction when we dropped to $30k was about 50% from the top, and this time around, it is 40%. It is clear that such a huge correction creates fear in the market, and people start to panic. And then the obvious question that comes to mind is whether the Bitcoin bull market is still intact? If you are asking the same question, then the answer is yes. Bitcoin’s weekly chart shows that we can expect a year-end rebound.

Bitcoin is currently holding at $50k a little here and there. We moved up to $52k but couldn’t clear the resistance and fell back to $49k. It is important that Bitcoin makes $50k a strong support again and trades above $50.5k. This will be very important for the bull run. The supports that Bitcoin broke in this correction were very important and needs to be reaffirmed. 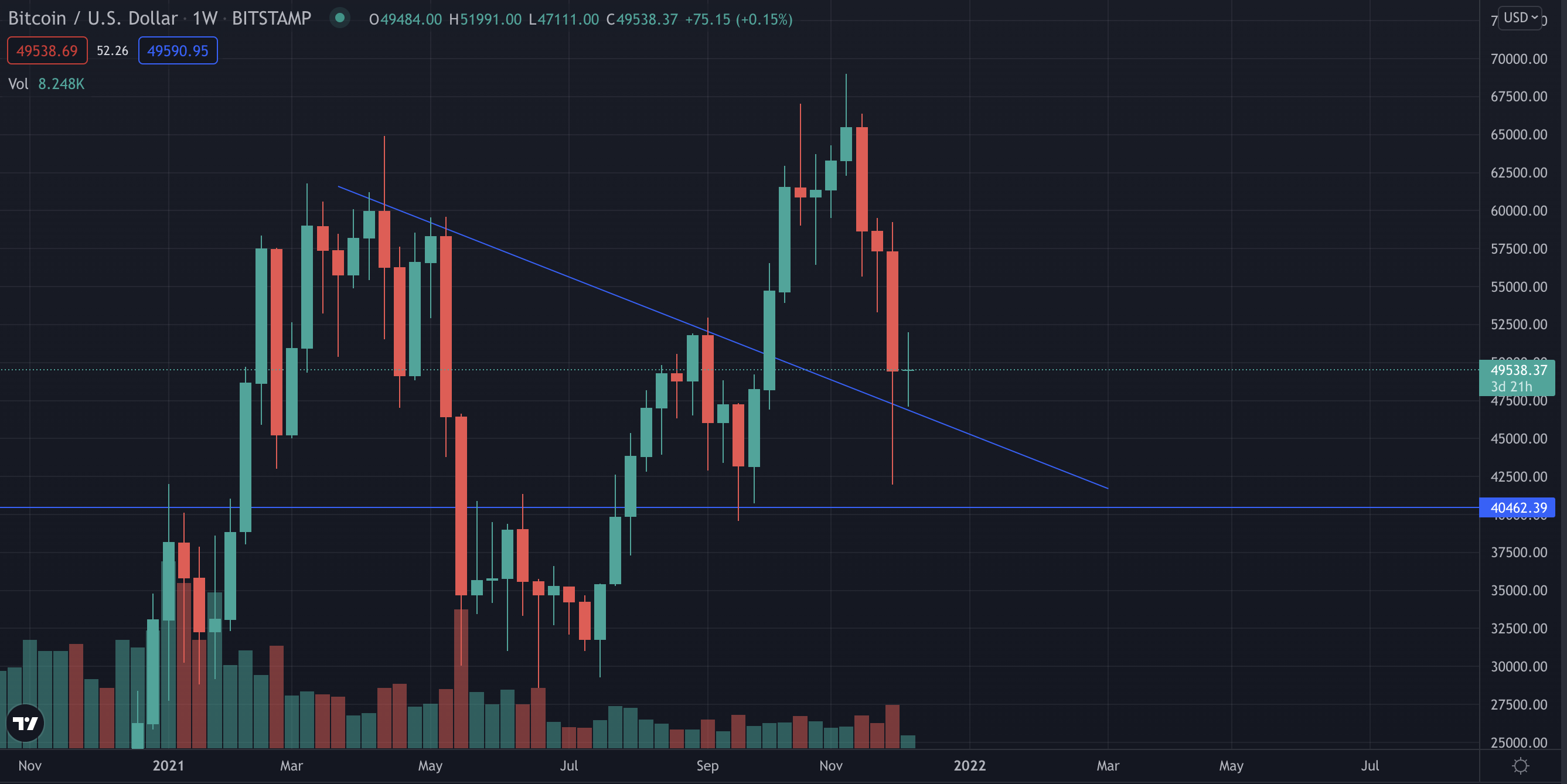 While all this is happening, it is important to note that we are still holding strong above the major trendline in the weekly timeframe. And this confirmed the bull run in the near future. However, it is not sure whether we will continue to hold this support as the price action doesn’t seem too strong.

There is also a possibility that we might retest $42k-$43k again if Bitcoin makes multiple attempts to break $50k and $52k but cannot do so. This could be a similar pattern when we broke $5ok after the 50% correction in May. If you look at the weekly charts, there was a rejection; we retested $40k and then moved up again.

Bitcoin bull cycles are extending, and we expect this one to continue much into the latter half of 2022. I don’t think we are reaching $100k anytime soon, but again it is a matter of when not if. So, these corrections aren’t much of a problem. In fact, these are the dips you would want to capitalize on because I don’t think we are seeing BTC below $50k much longer.

Do you think that the Bitcoin bull market is still intact on seeing the weekly chart? Let us know in the comments below. Also, if you found our content informative, do like and share it with your friends.

Also Read: Australia to regulate crypto under the payments sector.