Digital Currency is overtaking digital social media platforms. Bitcoin has now become the 8th most valuable asset since Friday when its price crossed the $60K zone. The latest price jump of BTC has made its market value go up to $1.119 trillion. And the price has crossed over Facebook’s market capitalization. The digital asset is also very near to surpass the whole world’s overall Silver market capitalization. 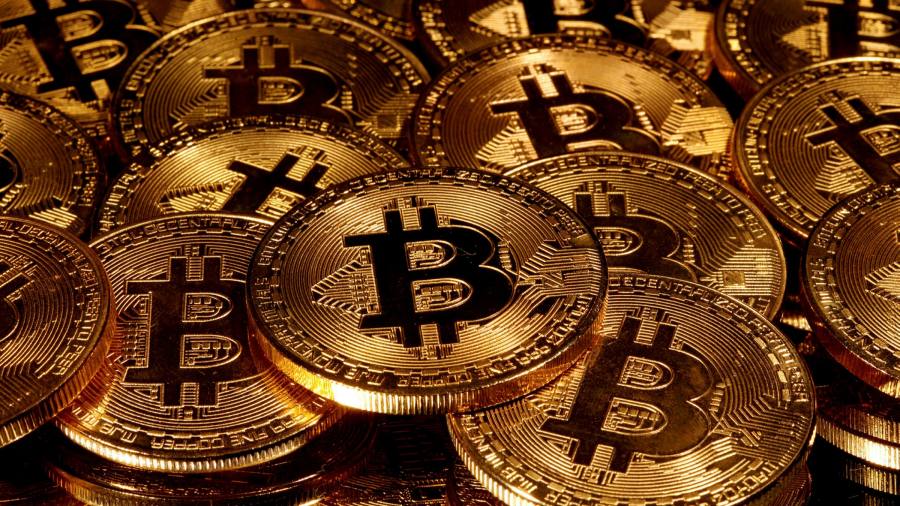 The 8th most valuable asset is Bitcoin. And it’s a great benchmark.

As I wrote above that, it had surpassed Facebook’s capitalization, and the company’s Market Cap is $926.27 billion. The market rally looks good, and Silver’s market cap is not far away too. It has been at this place before during April itself when the Currency made a new ATH at $65k.

At the beginning of the year, when BTC was only changing hands for $41462 per unit, and Facebook’s market cap was USD 758Billion it overtook the company. BTC was also on the verge of crossing Tesla at the time. Tesla is an electric car manufacturing company whose CEO is none other than Elon Musk. BTC is even bigger than Berkshire Hathaway, as it has a market cap of $636.97 Billion as of Friday.

The next hurdle for the digital asset is Silver(Ag). Silver has a market cap of about $1.3 trillion, and BTC is just 17.3% away from overcoming the mark. Gold, Apple, Microsoft, Saudi Aramco, Alphabet(Google), and Amazon are the other companies ahead of BTC. The final goal for BTC is to surpass Gold, for which it needs to gain more than 905%. What do you think, for now, will it surpass Silver sooner or a little later? 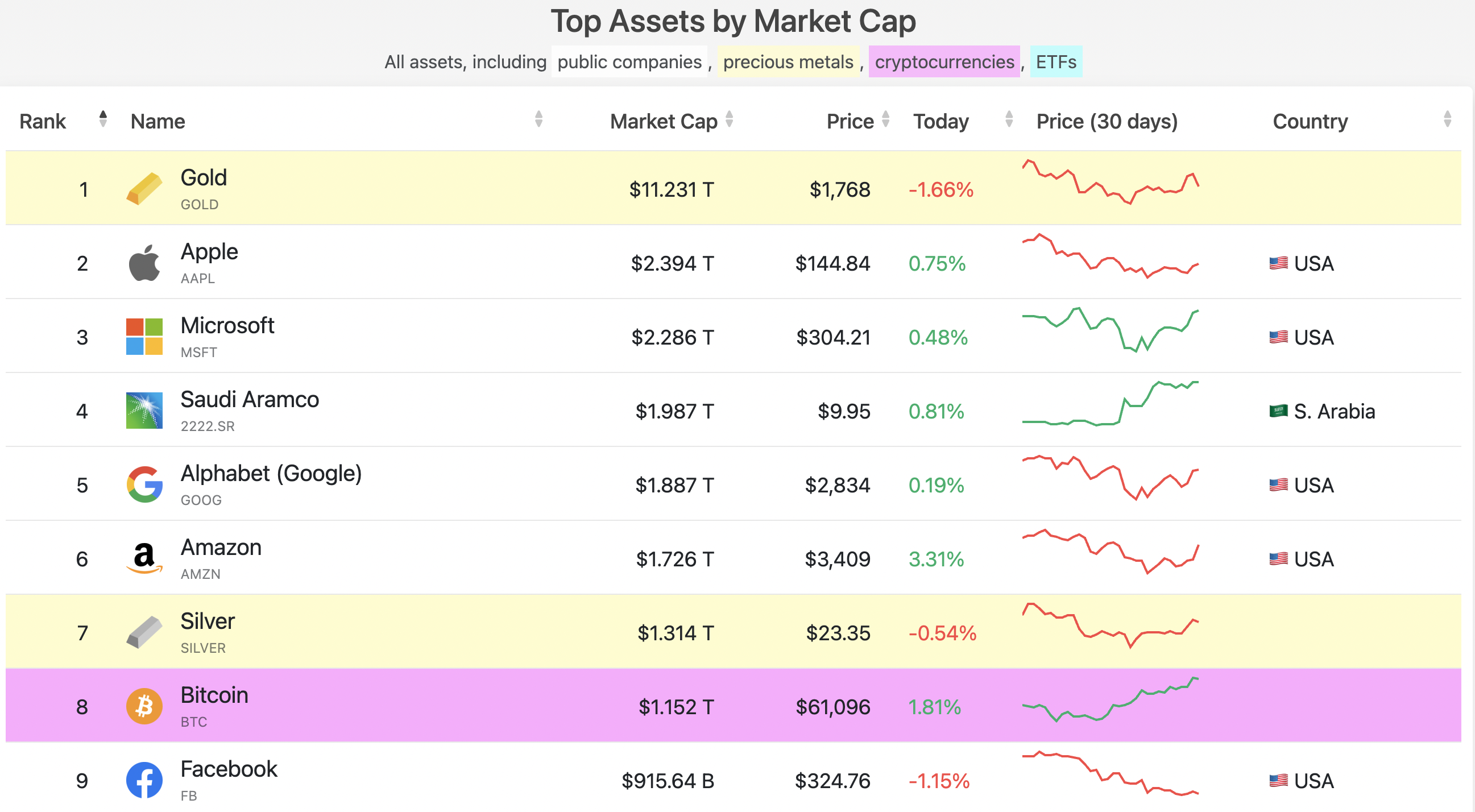 If BTC surpasses Apple’s net worth, Satoshi will become the World’s Wealthiest person.

As of Friday, Apple’s Market Cap is $2.376T. And at present, it is almost $2.394 Trillion. So to surpass that value, BTC needs to gain approximately 112.3% or higher. And if that happens sooner or later, BTC will become the world’s second most valuable asset, and Satoshi will become the World’s Richest Person based on his/her estimated holdings. And if you are thinking, how can it surpass Gold? Then the answer is simple, each unit of BTC should be worth $619500 based on the current price of Gold.

Isn’t it hard to believe that some non-existential digital currency is growing so fast? You can even buy NFTs (Non-Fungible Tokens) with Bitcoin, and it is seen as a replacement to Gold. It has also become an official payment medium in one country.

What do you think about Bitcoin being the 8th Most valuable asset? And when could it cross Silver’s Market Capitalization? Let us know in the comment section below. And if you find the content interesting, then like and share it with your friends.