Bitcoin Mining Council Debuted, Musk Won’t Be On The Team 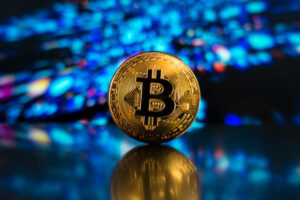 The debates around environmental concerns of Cryptocurrency caught fire after the Tesla CEO, Elon Musk refused to accept bitcoins as payment in Tesla because of the energy usage by the crypto miners. The amount of energy used in the mining of cryptocurrency is compared to the emissions from the major power plants and factories.

Last Month, Musk has had a change of heart and he expressed his support to the group of miners after a meeting with them hosted by MicroStrategy Founder Michael Saylor. In the Meeting with Musk, Miner assured the Tesla CEO by agreeing to form a group called “The Bitcoin Mining Council” in order to standardize the energy reporting and reducing the energy consumption in Bitcoin Mining as announced by Musk and Saylor.

Following this announcement, Bitcoin Mining Council finally made its official debut this week. Michael Saylor announced the debut of the council via his Twitter handle stating the purpose of the council.

“The Bitcoin Mining Council is a voluntary and open forum of Bitcoin miners committed to the network and its core principles,” MicroStrategy Inc. Chief Executive Officer Michael Saylor, who helped to form the association, wrote on Twitter. He added, “Join us,” alongside a praying-hands emoji.

The Bitcoin Mining Council is a voluntary and open forum of Bitcoin miners committed to the network and its core principles. We promote transparency, share best practices, and educate the public on the benefits of #Bitcoin and Bitcoin mining. Join us. 🙏https://t.co/vGPGD3TA5p

After the constant support by Elon Musk to the crypto miners, it was expected that he will be a part of the Bitcoin Mining Council, but there is no official role of the Tesla CEO in the council. With the arrival of the bitcoin mining council, it is expected that the miners will start using renewable sources of energy instead of fossil fuels in order to minimize the damage to the environment.

BMC has various crypto mining companies from North America as a member of the group and the MicroStrategy CEO, Michael Saylor is playing a major role in the council. Musk having n role in the council was not a surprise for the crypto industry as his continuous comments on the cryptocurrency are causing problems to the industry, as the cryptocurrency is becoming more volatile because of him which is negatively impacting all the investors. There are many expert critics who commented that Musk plays with the new cryptocurrencies like a toy and his tweets continue to influence the crypto market making it even more unstable.

After Saylor announced the debut of the BMC, many CEOs and crypto-enthusiasts welcomed the council with open arms.