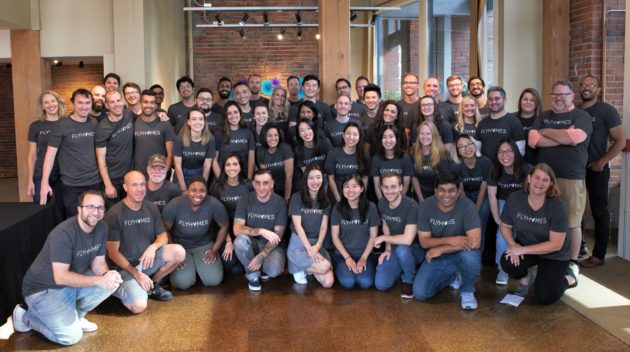 Flyhomes is a US based real estate company which was founded in 2015 by Tushar Garg and Stephan Lane. The company is headquarterd in Seattle, Washington, USA.

The company just announced that it has raised a total of $150 million, which rounds to around ₹1,096 crore. The funds are raised a part of the series C financing round of the company. The funding round was led by Norwest Venture Partners and Battery Ventures, along with other participators and funders like Fifth Wall, Camber Creek, Balyasny Asset Management, Zillow’s co-founder Spencer Rascoff.

Andreessen Horowitz and Canvas Partners, who are already the existing investors in the company, also took part in the round.

The funding round was organized specially to raise funds to expand its company in India. The funds will be used in the plans of Flyhomes to increase its operations in India and increase the capacity of its team from just 150 to almost 450 in India.

The announcement released by the company said that the newly expanded company will be starting to recruit for roles of engineering, product, analytics, brokerage, mortgage operations, and marketing.

Tushar Garg, the Co-Founder and Chief Executive Officer of the company, in the press release, made a statement where he said- “India has been our strategic partner ever since we started and an enabler in more ways than one. The country and its talent have been instrumental in the success of Flyhomes at a global level. As part of the expansion strategy, we are looking to triple the size of our team, and focusing on hiring engineers, product managers, growth hackers and business intelligence analysts with an entrepreneurial spirit.”

Gaganpreet Luthra, the Managing Director at Flyhomes India, in a statement said-

Following the deal of the fundraising, Roger Lee form Battery Ventures, along with Lisa Wu from the Norwest Venture Partners, too, will be joining the board of directors of Flyhomes. “We are scaling up in India to leverage the top-quality talent here. Our focus is on building the right leadership and culture in India to deliver high performance output. We have distributed teams across the US and India in almost all verticals today.”

Yet another advantage that Flyhomes gives is that its customers can buy and move in and settle into their new and next homes, even before selling their current ones. By doing this, the hassle of moving the stuff twice is saved, along with eliminating double mortgage and living through house showings.

The company Flyhomes has bought and sold homes and other properties worth more than a total of $2.5 billion on its platform from the time that it was launched in the year 2015.