The Helix web-based dark-base laundering company owner Larry Dean Harmon has today pleaded guilty to Bitcoin laundering worth over $300 million between 2014 and 2017. 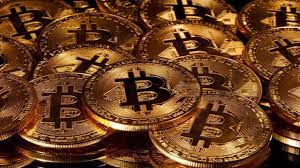 Helix has partnered with various Darknet market companies, including Alphabay, Evolution, Cloud 9, and others, in a press release to supply the money laundering business of Bitcoin to market customers.

“Helix moved on behalf of customers more than 350,000 bitcoin worth over $300 million during the transactions, with the largest volume coming from Darknet markets.”

He started running Helix, a Bitcoin mixer or tumbler starting in July 1024 that allowed anyone to “wash” their bitcoins by hiding the actual owner.

Harmon partnered between December 2014 and July 2017 with the AlphaBay, the largest dark website marketplace, which ‘recommended its customers to use a bitcoon tumbler to remove any trace of [its] coins.’

Around December 2017, Harmon began to shut down Grams-Helix and announced that the platform was closed under the GramsAdmin handle in a reddite thread.

By plea, Harmon has agreed to forfeit over 4400 Bitcoin and other seized properties involved in money-washing conspiracy (valued at more than $200 million).

Harmon is subject to a maximum sentence of 20 years in prison, a fine of $500,000, a three-year period for supervised release and compulsory restitution.

FinCEN said the penalty of $60 million for infringements of the Bank Secrecy Act (BSA) and its regulations while running two services as non-registered money services companies (MSB).

Between 2014 and 2017 Harmon was Helix Bitcoin’s tumbler operator and from 2017 to 2020 he was arrested under charges of money laundering as CEO of Coin Ninja bitcoin startup.

On the basis of the investigations by FinCEN, Harmon was involved in transactions with counterfeiters, fraudsters, traffickers of drugs and other criminals during the Helix cryptocurrency mixer’s operations.

“Mr. Harmon, as Helix, carried out over 1,225,000 customer transactions and related to virtual currency wallet addresses sent or received over $311 million, beginning on or about June 6th, 2014 or about December 16, 2017” FinCEN said.

Helix laundered the largest volume of cryptocurrency from several dark web markets, such as AlphaBay, Dream Mark, Agora Market, Nucleus, and many more.