For the first time since mid-September, the price of Bitcoin soared above $47,000 on a daily basis. The optimistic news from the United States appears to be influencing the cryptocurrency market, as Bitcoin has risen beyond $47,000 for the second time. Daily, the liquidations have climbed to almost $400 million, with most alternative coins following suit. 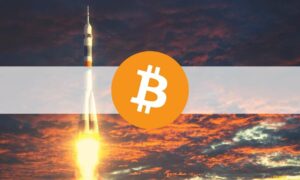 Yesterday, the principal cryptocurrency fell below $41,000 for the third time in less than a week. However, it quickly rebounded and climbed to over $43,000. BTC remained stable for a while, but the situation shifted again following a meeting in the United States when Fed Chair Jerome Powell reaffirmed that the government has no plans to implement a cryptocurrency prohibition.

The markets reacted immediately, with BTC surging $2,000 to a weekly high of roughly $45,000. The asset’s daily gains, however, did not end there, as it began another spectacular run-up in the hours that followed. It rose to $47,800 (on Bitstamp) this time, the highest price since September 20th.

It isn’t only Bitcoin, though. With enormous double-digit gains, the rest of the cryptocurrencies have followed suit. Binance Coin, Solana, Polkadot, Uniswap, Chainlink, and others are examples.

Since yesterday’s low, Ethereum has recovered almost $300 and is now trading above $3,200. After a $170 billion surge in a single day, the total market value has surpassed $2.050 trillion. Furthermore, the liquidations have surpassed $400 million, with the highest order being a $10 million short position on Bitmex.