The Securities and Exchange Commission is seeking a protective order that would release it from any need to reply to the Defendants’ 29,947 requests for admission during the final six hours of fact discovery on August 31. 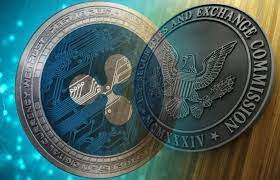 In addition, the SEC notified the Court that it had spent over 100 hours responding to 254 inquiries. Plaintiff would require over 473 days to finish the work at such a rate. In response to the SEC’s request for a protective order, attorney Jeremy Hogan said: “30k admissions requests is an incredible number.”

“However, keep in mind that it was the SEC who chose to wait seven years before initiating the action, claiming that any ongoing XRP sales are securities. This case spans nine years!”

While the SEC awaits a decision, in this case, the plaintiff must be dealing with Ripple’s latest attack days after obtaining a document that could establish the SEC gave instructions based on Hinman’s 2018 speech – revealing the SEC misled when it said the speech was merely a personal view, not policy.

Ripple is now driving the SEC against the wall by claiming that there is no Deliberative Process Privilege (DPP) because the SEC has never discussed digital asset policy. Officials’ personal opinions are the only ones that matter.

Outside of the courtroom, Ripple has provided input to Senator Toomey as the US Senate considers blockchain and cryptocurrency legislation. In conclusion, XRP recommends a legislative framework that promotes crypto innovation sandboxes and improves public-private partnerships.

Ripple also advised the Senate to take into account current legislation, such as the Securities Clarity Act (SCA) and the Digital Commodity Exchange Act (DCEA) (DCEA).

“China’s totalitarian attack on crypto, including Bitcoin, represents a great opportunity for the US,” Senator Toomey recently tweeted. It also serves as a stark reminder of our significant structural advantage over China.