Blizzed president steps down amid claims of sexism against parent firm

J. Allen Brack, the (now former) Blizzard Entertainment president, has stepped down from his post, amid mounting claims of sexism and sexual harassment against parent firm Activision Blizzard. This comes even after employees of the company staged a walkout after bosses failed to take any concrete steps following an explosive lawsuit that the Department of Fair Employment in California had slammed it with, back on July 20. 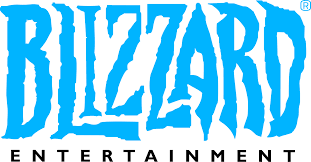 The suit in question alleges Activision Blizzard of promoting an unhealthy workplace environment, which banks heavily upon gender-based discrimination and sexual harassment of female employees, at the hands of their male counterparts. Scores of women working at the company have come forward to testify against any opposing claims made by the executives and male employees of the firm.

Brack’s departure has been welcomed by the staff members who are participating in the movement, as they call for a complete redressal of deep-rooted systemic issues. The Activision Blizzard King Workers Alliance, a group of the firm’s employees who are aiming to defend their “right to a safe and equitable” work scenario, has tweeted in response to the news, saying that a single person cannot be blamed for the abysmal state of things, since the problems “go beyond Blizzard.”

Nevertheless, Brack’s position will now be co-owned by Jen O’Neal (formerly of Vicarious Visions) and Mike Ybarra. Vicarious Visions was acquired by AB in 2005, and O’Neal has rather a track record of openly voicing her support for women in prominent positions. Ybarra, meanwhile, joined Blizzard some 2 years ago, after having worked at Microsoft for 19 years.

A New Direction and Leadership

After the former Blizzard president announced that he has stepped down from his post amid the claims of sexism at parent firm AB, the company itself took to Twitter to claim that “Blizzard Entertainment needs a new direction and leadership,” especially in the face of the current crisis that the group is going through, as regards its “workplace culture, game development, and innovation.”

It may be noted, however, that the suit, which contains any disturbing allegations against AB and its employees, from a “frat-boy” culture to subjecting female staff to inappropriate comments and physical contact, actually lists Brack among the few people it directly claims were in on everything. Following this, Brack had sent an email to his staff, saying that he found the allegations “extremely troubling,” while adding that he couldn’t comment on the case’s specifics, seeing as how it was an open probe.

On the other hand, Activision itself has rceently teamed up with WilmerHale, a prominent law firm which is best known for busting unions, in what may be a troubling news for the people who are leading the movement against the company.