Will Spain do an El Salvador and push the crypto agenda forward on the global stage?

According to reports from a Spanish newspaper group, lawmakers in the country are discussing a plan that would allow cryptocurrency to be used to pay for mortgages. A slew of other measures would be included in the Digital Transformation Law to legitimize crypto, blockchain, and AI technology. Incorporating tax breaks for businesses in various industries. 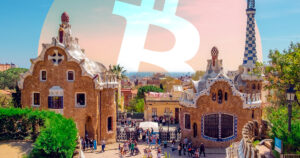 Spain is considering cryptocurrency as a means of financial reform.

The PP plans to update banking infrastructure and encourage businesses to utilize transformational technology in their day-to-day operations as part of the proposal. In terms of mortgage reform, politicians not only want to allow crypto payments for mortgages but also want to change the entire mortgage system.

It makes the case that banks should use blockchain technology to manage the mortgage system. It also recommends using smart contracts for insurance claims, which they hope will expedite the process.

“Introduction into the mortgage system – it also proposes that banks use Blockchain technology to manage mortgages, insurance, and compensation – it proposes to extend it to insurance policies, with ‘smart contracts’ with conditions based on procedures to be followed, verification processes, and potential incidents.”

The PP also sees value in utilizing blockchain technology in the food supply chain to track the provenance of products using label passports. In addition, it is used in the health sector to document medical decisions and processes, as well as to streamline the administration of medical records.

Will Spain persuade the skeptics to change their minds?

El Salvador’s Bitcoin legal tender bill was a watershed moment, demonstrating on a national level that Bitcoin and cryptocurrency may be used for more than just speculation.

El Salvador, with a population of about 6.5 million people, is still a minor player on the international stage. As a result, the Bitcoin bill’s impact was always going to be limited. However, pro-crypto initiatives by Spain, which ranks 14th in the world in terms of GDP, will definitely give naysayers pause.

The United States, for example, is still dragging its heels on adopting crypto legal systems. Senator Elizabeth Warren of the United States recently went on the offensive, regurgitating tired arguments about environmental damage and criminality.

In making her case, she, like others before her, just demonstrated her lack of understanding of the technology. This demonstrates the folly of those who are ignorant about the subject shaping legislation that affects us all.

In anticipation of the impending events, all eyes are on Spain. If you find this informative, do share it with your friends.