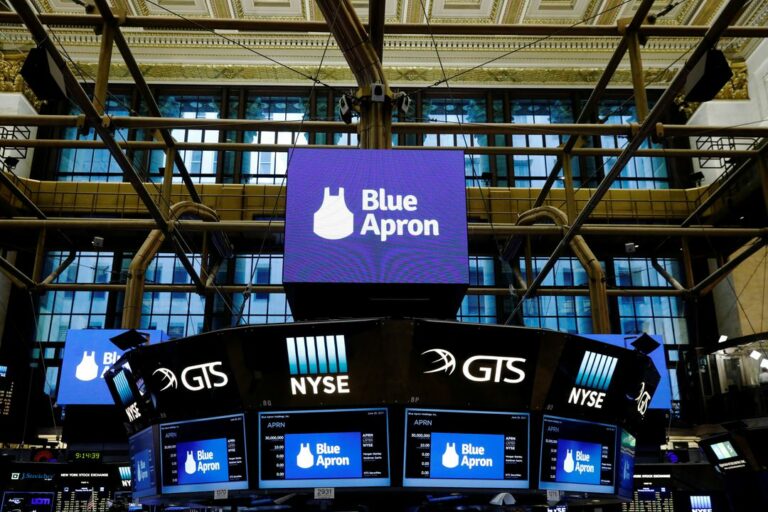 The logo of Blue Apron is shown on screens above the floor of the New York Stock Exchange before the company's IPO in New York, U.S.
Home
Markets

Blue Apron cuts 10% of its workforce The company skipped its third-quarter earnings after both the number of customers and orders dropped.

Another company listed its name in the list of companies laying off its employees this year. Blue Apron Holdings Inc (APRN.N) has decided to lay off 10% of its total workforce on Thursday.

The company seems to reduce costs and streamline operations as the inflation and poor market hits hard, as informed by an online meal kit company.

Although the shares, which are now facing uncertain funding, of the company, rose as much as 12.5% in the early months of the year, and about $50 million in cost cuts in 2023 is identified. The company later reduced by 5% of gains to increase trade even more.

As of 30 September, the New York-based company had about 1657 employees working full-time.

Just like in the fourth quarter of 2022, the company is predicted to incur about $1.2 million in affiliated expenditures.

The company skipped its third-quarter earnings after both the number of customers and orders dropped.

The companies include tech giants Meta, Google, and Twitter, and educational apps like Brainly, Byjus, and Unacademy that were mostly affected by the post covid period after the reopening of schools and educational institutions.

Among these, the most controversial layoff was of Twitter as the new CEO wiped out half of its total workforce including the former CEO and other top executives.

Blue Apron is a US-based company that supplies ingredients and recipes for dishes that can be cooked by people by using pre-ordered ingredients. 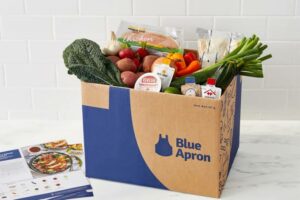 In 2016, the company completed 8 million shipments of meals. It went public for the first time in June 2017.

The idea of this kind of company was first initiated by Matt Salzberg, Ilia Papas, and Matt Wadiak, who started sending consumers a box containing all the ingredients necessary to prepare the particular meal mentioned by the consumer.

The company prospered ever since then. It launched several other services for the people. One such service was Blue Apron Wine which delivered wines to customers, in 50 mL bottles per month.