Blue Origin launched its second spaceflight on 13th October, launched at 9:50 pm local time from Van Horn, Texas. The spaceflight lifted off 90-year-old “Star Trek” actor William Shatner. He became the oldest person to be out of the planet in history. Blue Origin’s second crewed flight comes after three months of the first flight which carried Jeff Bezos, and the 82-year old Wally Funk. 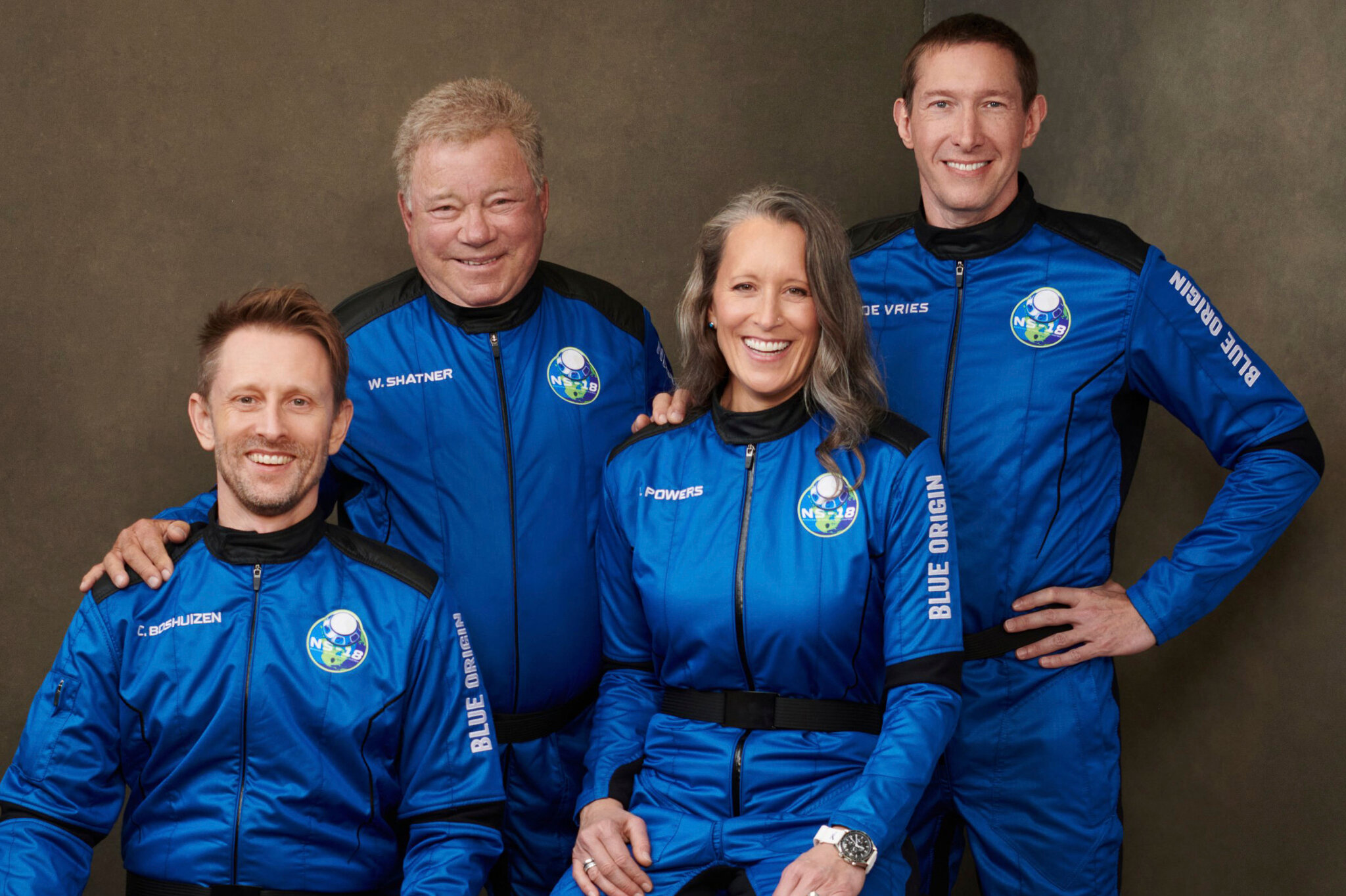 Like the first crew spaceflight, William Shatner also went 100 km above the earth’s surface. After the landing Shatner spoke with Bezos, who was also at the location of the launch. Shatner said, “Everybody in the world needs to do this. Everyone needs to see. It was unbelievable.”

I do not know what I may appear to the world, but to myself I seem to have been only like a boy playing on the seashore, diverting myself in now & then finding a smoother pebble or a prettier shell than ordinary, whilst the great ocean of truth lay all undiscovered before me.🚀 pic.twitter.com/ZY2Ka8ij7z

Jeff Bezos was there during the launch. Other than being present, he was also the first one to greet as the crew came back from space. Recently, Blue Origin filed a lawsuit against NASA in regard to the human lander contract. Last month the company itself faced accusations that pointed out a toxic and sexist culture, compromising safety. Which lead to Blue Origin’s safety being reviewed by Federal Aviation Administration.

However, regardless of the allegation, Blue Origin pushed back and stated that their vehicle launch and set were set for standard safety. Early Wednesday, the company started a segment in safety culture and highlighted the robust design of their rocket, Shepard.

Furthermore, the other passengers in the spaceflight include a co-founder and the former chief technology officer at Planet Labs Inc. and a former NASA engineer, Chris Boshuizen. Then,  co-founder of Medidata Solutions, Glenn de Vries, and a Blue Origin engineer and a former NASA mission controller for the ISS, Audrey Powers were present in the capsule. The launch was delayed by a day as there were high winds. The last launch by Blue Origin was a payload launch without any crew on August 26.

Bill, Audrey, Chris, Glen — you’re about to share an experience that will forever change how you view the world. Godspeed. This is how it starts. 🚀 pic.twitter.com/sOaS7YVBuY

After the launch, Shatner told Bezos, “What I would love to do is to communicate as much as possible the jeopardy, the vulnerability of everything. This air which is keeping us alive is thinner than your skin.”