BNPL Feature Temporarily Banned by Slice and LazyPay to Comply with RBI Order LazyPay, in a message on its platform, asked customers to accept new terms, failing which all transactions would be blocked.

Financial tech companies in the country are now scrambling to update their app and their terms and conditions to comply with the new order that has recently been released by the Reserve Bank of India.

Slice and LazyPay are now the two latest fintech companies to have now come out to announce that they have made some changes to go with the new order put out by the apex financial institution of the nation. 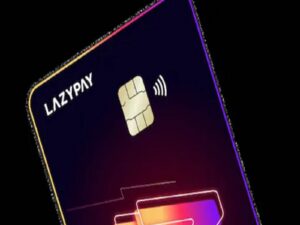 LazyPay have temporarily shut down their Buy Now, Pay Later feature which has gone on to become quite successful over the past few months. The company also requested their users to accept the new regulations on their app if they want to continue to make payments through the app and avail other financial features that the company has to offer.

Last month, the Reserve Bank of India banned digital wallets not offered by commercial banks and pre-paid cards from receiving lines of credit and even said that they should be stopped immediately.

A few days ago, Slice renewed their terms and conditions, and one of the new updates stated that there would be a 36% charge for the repayments of loans that are done in multiple instalments, which is a big change to the three instalment plan that set the company apart from its competition.

LazyPay, which was founded 6 years ago back in 2016, has since been acquired by their current parent company, PayU which set the company back by around $130 million USD.

Many people close to the fintech industry have come to say that the buy now pay later scheme have misled not properly revealed to the customers as to exactly how much loans that have been taken through their account which ended up reaching the RBI, causing them to take action, saying that transparency is very important when it comes to financial services.

However, now many companies have approached the RBI and have put forth various versions of the feature to them, requesting for it to be allowed. Some sources say that the RBI could just go back on their decision and allow the new updated versions of the feature that give more power to the people which will be of great relief to the companies. At the end of the day, it is good to see the Reserve Bank of India step in to protect the rights of the consumers of the country.