5 books you should read about world’s most-written-about entrepreneur: Steve Jobs!

Techstory assembles 5 of the most acknowledged books which you need to read to know and understand all about the world’s most famous entrepreneur icon! 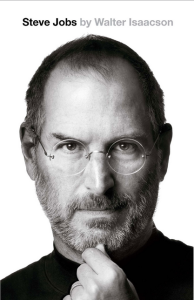 The book is the authorized biography of Steve Jobs. The book was written at the request of Steve himself to former executive of CNN and Time- Walter Isaacson.

The book was originally titled as iSteve: The Book of Jobs.

The book was written by Isaacson based on more than forty interviews of Jobs along with interviews of more than 100 family members, friends, adversaries, competitors, and colleagues conducted over two years. With “unprecedented” access to Jobs’s life, Walter Isaacson set down the biography of the entrepreneur icon whose passion for perfection revolutionized many industries.

The Bite in the Apple by Chrisann Brennan 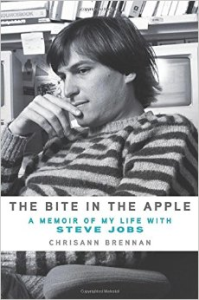 The Bite in the Apple: A Memoir of My Life with Steve Jobs is authored by Chrisann Brennan- an American painter and the mother of Jobs’ first child.

Chrisann was steve’s high school girlfriend and knows all about his youth days. She has seen Jobs transforming over the years from a self-absorbed boyfriend to a paternity-denier to a disinclined father. The book provides rare insight into lesser-known years of Job’s life.

Odyssey: Pepsi to Apple by John Sculley and John A. Byrne 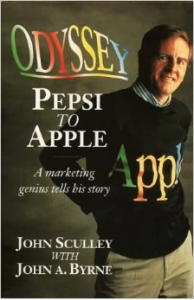 The book is an autobiography by John Sculley, former Apple CEO, and John A. Byrn, executive editor of BusinessWeek.

The book offers an explanation and justifies that Jobs needed firing. The epilogue of the book describes the ‘Knowledge Navigator’ (Newton), a concept of Sculley’s which some argued that was the true prototype of the iPod. The book vividly reveals the series of events that marked Apple’s transformation from entrepreneurial upstart to one of America’s best-run Fortune 500 corporations.

The Zen of Steve Jobs by Caleb Melby and Forbes LLC 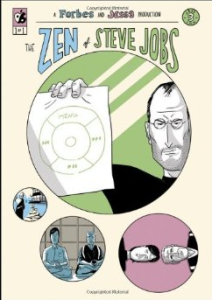 The book is written by Forbes reporter Caleb Melby and illustrated by JESS3. Many attribute much of Steve’s success to his collaboration with designers, engineers and thinkers. This book by Caleb and Forbes throws light on one such Jobs′ relationship with Kobun Chino Otogawa, a Zen Buddhist priest who emigrated to the U.S. from Japan in the late 1960s.

The book claims that Steve’s success was largely due to his mediation practice and influence of his Buddhist teacher Kobun. 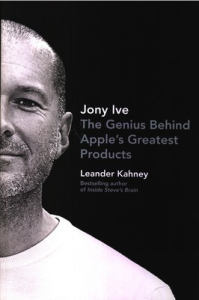 Jony Ive: The Genius Behind Apple’s Greatest Products is written by Leander Kahney, a technology writer and author.  This book presents an entirely different note on invention and conception of some of Apple’s most iconic products including the iMac, iPod, iPad, and iPhone. The book seeks to establish how such iconic product’s by Apple were contributions of Apple’s top designer and thus minimizing the contributions of Steve Jobs to Apple’s success after he returned to Apple as CEO in 1997.