Boston Dynamics shared a video of their two humanoids known as Atlas robots pushing their limits with jumps, bounds, and backflips. However, the failure rate is still 50% and there are chances of failure at almost every step. But the video shared by Boston Dynamics had perfection, where the robot can be seen to balance its weight with arm. 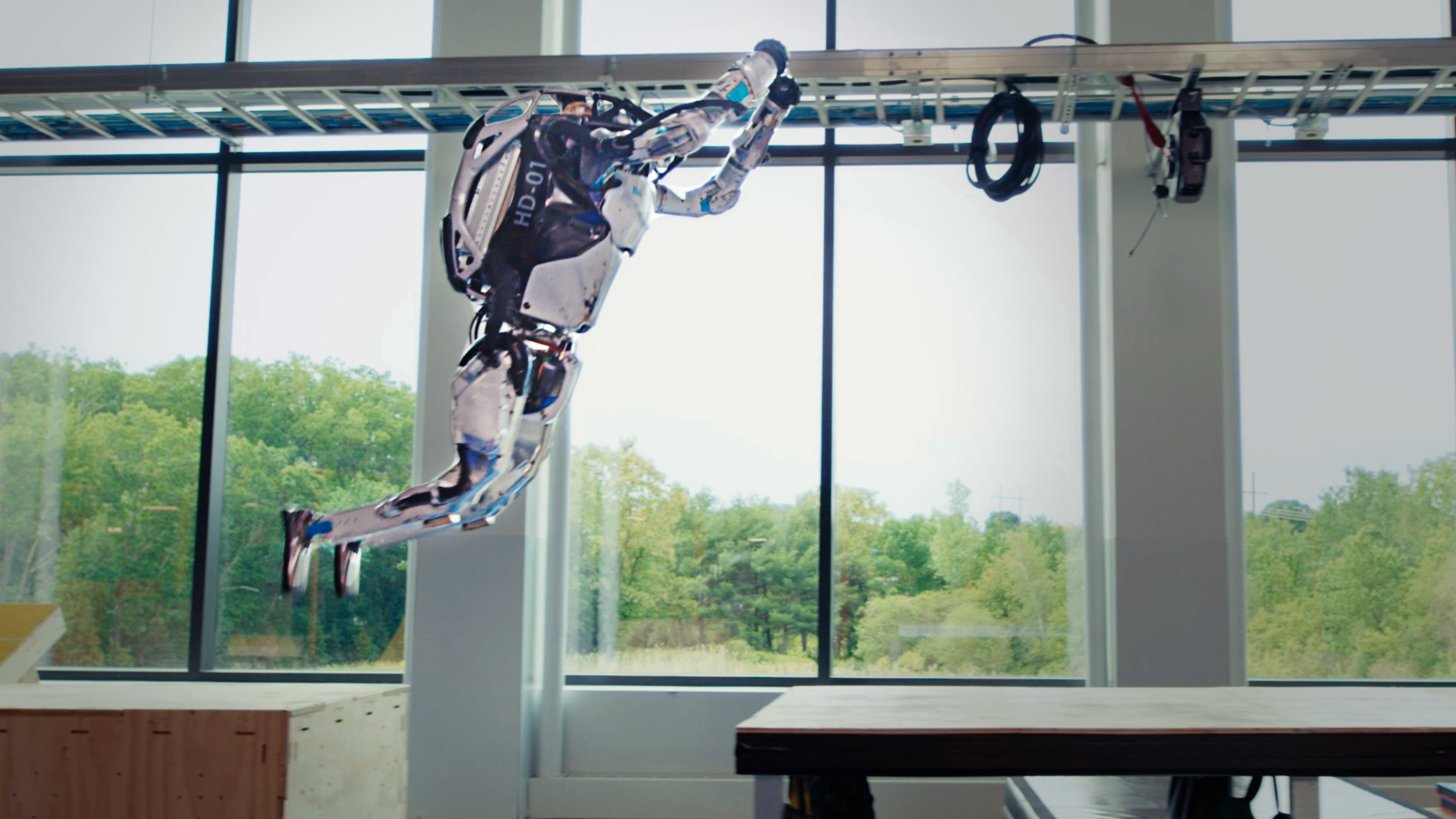 Boston Dynamics is owned by Hyundai with 80% stake and the other companies to own are Google and Softbank. The two robots in the video do impressive jumps, flips, landings, and reverse steps. The settings for the jumps, flips, and turnovers are mostly pre-programmed and arranged accordingly. But the developments as shown in the video are more natural and some small movements were not planned, yet the humanoid adapted to the circumstance.

Parkour is the perfect sandbox for the Atlas team to experiment with new behaviors. Through jumps, balance beams, and vaults, we push Atlas to its limits to discover the next generation of mobility, perception, and athletic intelligence. https://t.co/xZRNVnhrkc pic.twitter.com/E0ssh45ZCi

Atlas Team Lead, Scott Kuindersma stated, “Atlas’s moves are driven by perception now, and they weren’t back then.” Further stated an example of how the humanoid is able to handle different movements. Stated, “For example, the previous floor routine and dance videos were about capturing our ability to create a variety of dynamic moves and chain them together into a routine that we could run over and over again. In that case, the robot’s control system still has to make lots of critical adjustments on the fly to maintain balance and posture goals, but the robot was not sensing and reacting to its environment.”

While many viewers expressed different opinions, most wondered what could be the advantage of a humanoid robot. A four-legged robot is perfectly capable of doing many tasks, working on a two-legged robot didn’t seem productive. However, Boston Dynamics say that there are various advantages of having a humanoid that could do tasks better than humans.

Kuindersma said, “Humanoids are interesting from a couple of perspectives. If you or I were to vault over a barrier, we would take advantage of certain properties of our bodies that would not translate to the robot. For example, the robot has no spine or shoulder blades, so it doesn’t have the same range of motion that you or I do. The robot also has a heavy torso and comparatively weak arm joints. Extending our tools to help us find solutions that worked within these constraints was what made the vault an interesting challenge.”

I wonder how many times it didn't work perfectly – that's the beauty of video. I'm waiting for the tournament live show tour!

While we have our own advantages to be able to respond with senses and respond accordingly. Robots work differently, they can’t respond based on senses but their predictive analysis is inclined to encounter situations similar to previous ones. This is why the robot has many problems yet to be solved. Once the developments are advanced, more possibilities of its uses could be worked on. The human form of the robot can take up various tasks in a flexible manner than a four-legged robot. Boston Dynamics worked on various aspects to just make that 90-second video happen. Regardless of the unknown future developments, it is a forward step towards advancement.