SpaceX has been conducting a lot of Starship launches recently. And all of the launches conducted till now have ended in a crash. The SN8, SN9 crashed while landing and the SN10 exploded even after it landed back properly. Interestingly, we found out that the SN10 crash site was inspected by the Boston Dynamics Robot dog “Zeus”. This was spotted at the crash site, and a video of the robot dog was posted on Twitter. 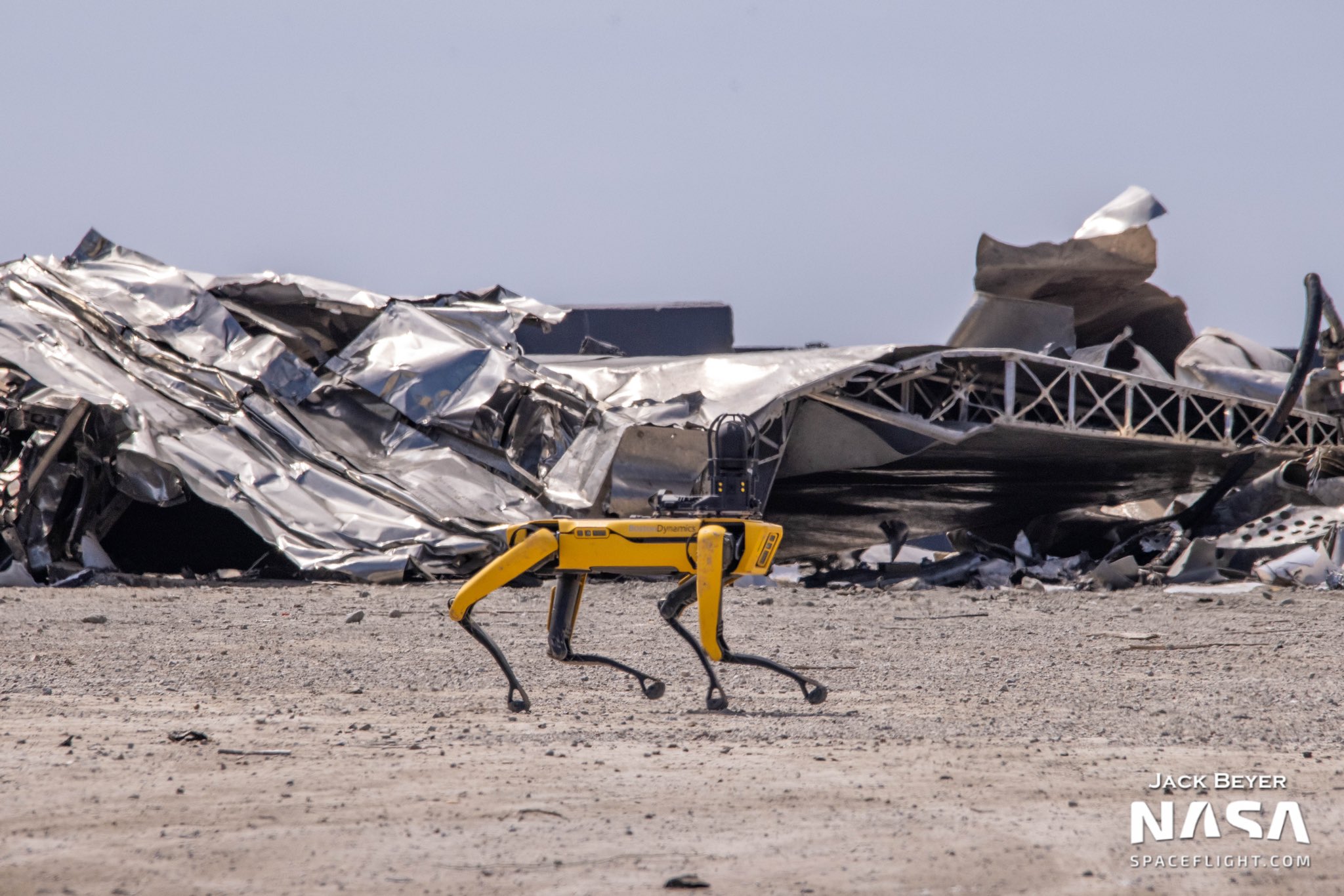 After the SN8 and the SN9 starships crashed while landing, there were high hopes with the SN10. And even Elon Musk said that the starship has a 60% chance of landing. After having successfully completed its pre-test-flight checks, the SN10 rose to heights just like its predecessors. It did all the manoeuvring perfectly in the sky, and this time, neither the fuel tank pressure was low, nor any thrusters gave any problem. And while landing, the SN10 remained in one piece and had more or less a successful landing. This was because flames could be seen from the bottom that was extinguished by the water pipes at the landing zone.

Starship SN10's post landing demise is unfortunate but still, everyone at SpaceX can chalk todays flight test up as a huge success. Become a patron at the link below for photo downloads, behind the scenes goodies, and more. @NASASpaceflight

But not for long! the rocket ended up exploding just after a while and rose meters above the ground. It was a sign to see. But this meant that the launch that seemed to be almost perfect and successful wasn’t. After this happened, the explosion site was not only inspected by the staff but also by the robot dog “Zeus”. They were collectively seen going through the wreckage and find relevant data that could come in handy at future launches.

The Boston Dynamics Robot Dog is a capable robot that has a lot of attachment options. This makes the robot usable indoors and outdoor and also in a variety of scenarios. The sensors on the dog enable it to walk, climb, avoid obstacles, pick things and more. And as per the official website, the robot dog costs about $75,000. Seeing it being used on the crash site makes one thing very clear that we aren’t very far away from robots doing all the difficult things for us.

SpaceX crews are hard at work this morning, with both vehicle wreckage inspections and debris cleanup. You can see in the images below, employees assessing the damage sustained onto the Raptor engines and Zeus patrolling the landing site for any potential hazards. pic.twitter.com/CMJomdhomA

This is also not the first time when we are seeing a robot dog at a SpaceX crash site. Even some time back, the same robot was spotted at the SN7 tank prototype rocket. Even though that wasn’t a crash site, there was a test failure, and the environment near it wasn’t obviously suitable for any human to inspect. I think we are not very far away from seeing humanoids analysing crash sites, and exploring hazardous areas for us.

What are your thoughts on the use of the Boston Dynamics robot dog for inspection of the crash site? And do you think that such inspections are the future or human touch is necessary? Let us know in the comments below. Also, if you found our content informative, do like it and share it with your friends.

Also Read: NASA raises prices for the commercial use of the ISS.