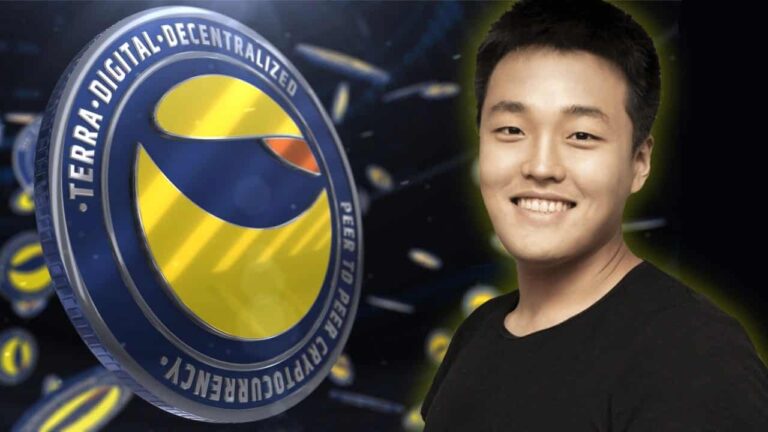 Breaking His Long-Held Silence, Terra’s Founder Reveals How the Network May Yet Be Saved Terra is an open-source blockchain payment platform for an algorithmic stablecoin, which are cryptocurrencies that automatically track the price of currencies or other assets.

Do Kwon, the creator of Terra has broken his long-standing quiet by publishing a new blog post in which he outlines the steps that need to be taken in order to bring the Terra ecosystem back to life.

The creator proceeded by saying that Terra’s development had previously been related to UST, but that now, with the death of the currency, the community should focus on how the whole ecosystem would be able to continue to expand in the future.

He also mentioned the future vision of a network as he said, The refrain “a decentralized economy requires decentralized money” has long served as the rallying cry for members of the Terra community. This is an intriguing notion, and despite the fact that UST was not successful, the Terra community will discover methods to improve upon the idea at some time in the not-too-distant future.

However, the top aim at this point should be to keep this incredible ecosystem alive while also attracting as many users and creators as possible. The first order of business for Terra should be to protect its L1, and after the dust has calmed, the community should get together to talk about decentralized money.

“I have high hopes that the community will quickly arrive at a decision about how to bring the Terra ecosystem back to life. I won’t ever leave this place.”

Kwon asserts that the Terra community needs to reestablish the chain and that validators should reset the network to one billion tokens, which would be allocated as follows:

Kwon gave the community the advice that they should make an effort to “incentivize their security with a realistic inflation rate, say 7 percent,” since the fees will no longer be sufficient to pay for security without the exchange fees.

The stablecoin holders need to possess a substantial portion of the network since they were the network’s debt holders, the creator of the company said, explaining why he believes UST holders should be reimbursed hugely and why he thinks they should be compensated immensely.

Aside from that, he stated that Terra requires its token holders from before the assault began to be active in order for the ecosystem to continue to get value.

Stablecoins that are meant to constantly mirror the price of a fiat currency may be generated using the Terra protocol (a government-backed currency such as the U.S. dollar or euro). Terra and Luna are the names of the two cryptocurrency tokens that make up the system.

A blockchain serves as the foundation for the payment system known as Terra, which also exists on the blockchain. Terraform Labs, which is situated in South Korea and was established in 2018 by Do Kwon and Daniel Shin, is the company that was responsible for its development. Do Kwon has worked in the past for both Microsoft and Apple, and he is also the founder of the startup company Anyfi, which provides solutions for decentralized wireless mesh networking. In addition to being a co-founder of the Korean e-commerce business TMON, better known as Ticket Monster, Shin is the current founder and CEO of the Asian payment technology company Chai, which is a partner of Terra.

In a white paper that was published in April 2019, Do Kwon is listed as one of the four co-authors. This article provides an explanation of the commercial justification for the development of Terra. The article makes a proposal for a cryptocurrency that would be known as Terra and will be:

According to the research study’s findings, there is a need for a price-stable, decentralized money protocol in both fiat and blockchain economies. If cryptocurrencies were used for this purpose, it would be the optimal use case for cryptocurrencies.

Now we go through Tera & Luna:

The Terra stablecoin is balanced out by Luna, which acts as a variable counterbalance and absorbs the coin’s volatility. Imagine the whole “economy” of Terra as consisting of a Terra pool and a Luna pool. These pools are what are utilized to alter the price via the usage of incentives for network users. This will help you grasp how Terra works.

Luna is the staking token for the Terra system and is used for governance as well as mining. It is also responsible for absorbing the price fluctuation of Terra stablecoins. Users make wagers on blockchain miners, often known as “validators,” who are responsible for recording and verifying transactions on the blockchain and are compensated with incentives derived from transaction fees. Users stake Luna to Terra. The value of Luna rises in proportion to the increasing use of Terra.

Expansion (of the Terra Pool)

It may be deduced that there is a greater demand for the stablecoin than there is supply when Terra is trading at a price that is relatively high when compared to its peg. Because of this, the supply of Terra needs to be boosted so that it can keep up with demand. The protocol provides an incentive for users to mint Terra and burn Luna, which has the effect of decreasing the price of Terra (due to an increase in supply) while simultaneously boosting the price of Luna (by reducing its supply). Users will continue with this process of arbitrage until the price of Terra trades at its intended peg level.

“contracting” (of the Terra Pool)

When the price of Terra is trading at a low level in comparison to its peg, this indicates that there is a greater supply of the stablecoin than there is demand for it. To bring the supply of Terra more in line with the demand, the network will need to cut down on production. The protocol, therefore, provides an incentive for users to burn Terra and mint Luna, which has the effect of raising the price of Terra (since there is less supply) while simultaneously decreasing the price of Luna (by increasing its supply). Users will keep engaging in this process of arbitrage until Terra trades at its desired price.