British Army’s Twitter and YouTube accounts restored after hack Reportedly, posts on cryptocurrencies and non-fungible tokens were made on their accounts 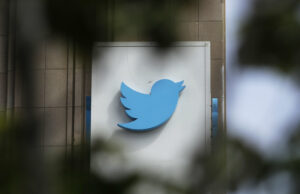 On Sunday, June 3, the British Army got back all controls over their Twitter and YouTube accounts. This was following a brief hack of the accounts where they were used to publish posts regarding non fungible tokens, along with cryptocurrencies.

Following the supposed hacking. videos came up on the YouTube channel which were seemingly about cryptocurrency, alongside image of Tesla CEO Elon Musk. Moreover, the feed of the Twitter account looked like a page full of retweets of many posts linked to NFTs. NFTs are mainly a type electronic artwork intended for investments.

Subsequently, the Army provided confirmation for the ‘breach,’ stating that it considered issue of information security ‘extremely seriously.’ Further on, they added that they were in the process of resolving the problem in the pages. Latest reports specify that both accounts on the platforms have been restored to its previous state.

A spokesperson of the British Army stated how though the issue had been resolved, they were in the middle of an investigation, and any further comment would come across as ‘inappropriate.’ Currently, it is still unclear as to who was behind the hack, which also involved renaming of accounts.

“Whilst we have now resolved the issue an investigation is ongoing and it would be inappropriate to comment further.”

At one point, the Twitter page was renamed as Bapesclan, along with a display picture that seemed to feature an ape-like cartoon character with make up on, and copying a clown. Moreover, the name of YouTube account was changed to ‘Ark Investment’ and depicted various videos linked to cryptocurrency. Ark Investment refers to a global investment firm. Currently, the Army’s YouTube channel has 177,000 subscribers and their Twitter handle has 362,000 followers.

At the restoration, Army tweeted saying, ‘Apologies for the temporary interruption to our feed.’ They specified how they would organise a ‘full investigation’ and take a lesson from the incident. It concluded by thanking users for following them, assuring that ‘normal service’ would be back.

Conservative MP and chair of the Commons defence select committee, Tobias Elwood stated that the incident looked rather ‘serious.’ In a tweet, he added he hopes that the ‘results of the investigation and action taken’ would be shared accordingly.

Clearly, this is not the first instance involving hacking of high profile accounts on Twitter. Significant US accounts were captured by hackers in an apparent Bitcoin scam in July 2020. Crucially, these pages impacted included that of Elon Musk, Jeff Bezos, Bill Gates, Barack Obama, Joe Biden and Kanye West.