Start-up Funding Culture Changing; Focus Shifting Towards Profit Than Growth "In a way, things were too good for entrepreneurs, and many of the entrepreneurs could easily get funds and they started splurging and burning money."

According to the chairman of Marico, an Indian based consumer goods company, and budding entrepreneur, Mr. Harsh Mariwala, the way start-up fundings work and the way founders and top brass view their company is slowly changing. There now seems to be more focus and priority on profitability rather than growth which is good for the start-up culture of the country according to him. With funding drastically reduced over the past few months, only the start-up companies with the best business plan and proposals can bag investments. 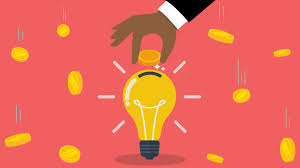 During times like these, most investors are telling start-up companies in the country that they are not just focusing on the growth and the scaling of the company and its operations, but they also care about the bottom line which is something that is positive. He went on to say that start-up companies that keep growing, scaling up their business, and taking up market share while losing thousands of crores every single month and quarter does not make a good business anymore. It also does not make it potentially investible anymore.

He also said that, previously, the investments being poured into Indian based start-up companies was too much. It was very easy for businesses to raise money and they in turn used too much funds and burnt too much money. But now, with a lack of funds entering the Indian start-up ecosystem, there seems to be more accountability and focus on companies to become profitable so that they are more attractive for the few investors out there.

He also said that the time window compared to a few years ago has gone up by a lot, but that is okay as scaling up of operations is high and their rate of growth is even more higher. But at the same time, you cannot go for years and years without any profits. There has to be some sort of concrete plan as to when and how the company will start turning in profits and how they plan to increase that. Now, many investors are asking companies exactly that before putting in their funds which is a great thing, as there was almost no focus on that part of the business earlier.

He went on to say that he does not feel that funding has not completely gone in the country, but it has just gotten difficult to receive them, and companies have to be more concrete if they are to attract investors.