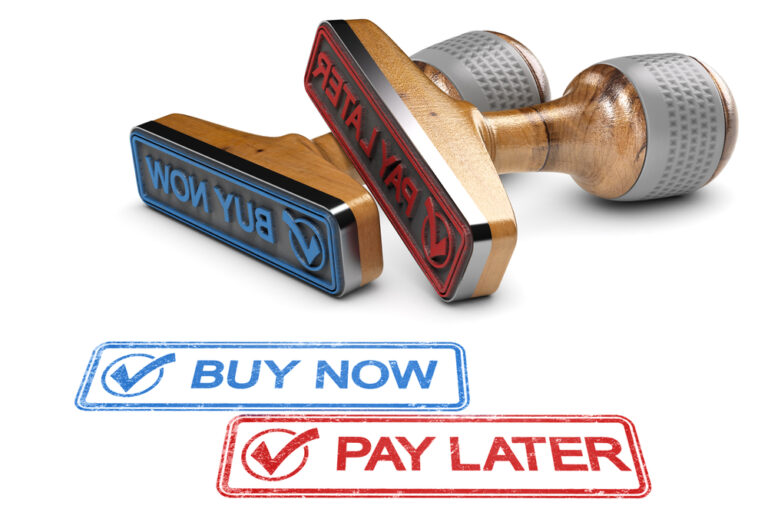 During the holiday season, merchants are poised to use “buy now, pay later” in unprecedented ways.

It’s not just a trendy new payment or ecommerce tool; it’s also a crucial marketing element for merchants to drive more purchases. The expansion has been rapid. In 2021, consumers are predicted to spend $100 billion on “buy now, pay later” items, up from $24 billion in 2020, and this figure might rise to 15 times its present level by 2025.

The fact that there isn’t even unanimity on whether “buy now, pay later” purchases are actually loans reflects the turbulence in this new industry.

Companies and merchants promote them as convenience features or payment plans, but more regulators and consumer groups regard them as loans that should be protected in the same way that credit cards and other kinds of consumer credit are.

Consumer opinions are also important. Many buyers currently consider “buy now, pay later” to be distinct from regular credit cards. However, if more people have terrible experiences with pay-later arrangements, that halo may fade.

Because of lower costs, minimal or no interest, and more transparency, the companies advertise “buy now, pay later” as a superior alternative to credit card debt. And, in order to avoid debt, many customers, particularly the younger generation, have moved away from credit cards.

Consumers have complained to the Consumer Financial Protection Bureau about problems with purchases, either because they couldn’t return or get a refund, or because they were charged fees they didn’t understand.

According to Rachel Gittleman, financial services outreach manager at Consumer Federation of America, consumers may not always comprehend the risks associated with these products.

“These products are credit, and they have the same default repercussions as other types of loans,” she wrote to the House Financial Services Committee in a letter.

Consumers may become confused and fall behind on payments as a result of this. According to a recent Credit Karma study, one-third of consumers who utilized “buy now, pay later” products missed one or more payments, and 72 percent stated their credit score suffered as a result.

Affirm’s 30-day delinquencies were roughly 2.6 percent in the September quarter, up from 1% in the previous fiscal year as the company looked to expand its customer base.

Rather than extending a line of credit, Affirm says it underwrites each transaction individually using data other than credit scores to verify consumers can repay.

For the fiscal year ending in June, Afterpay’s net transaction loss as a percentage of overall revenues was 0.6 percent. According to Afterpay, 95 percent of transactions are free of late fees, and nearly one-third of consumers make the majority of their payments on time.

If a customer is late on a payment, Afterpay suspends them from the system to ensure they don’t sink too far into debt.

“Even when people do pay the installments, there’s likely a higher number of people who are also at the same time racking up credit card debt,” said Melody Brue, principal analyst at Moor Insights & Strategy. “It’s sort of ironic that some of these ‘buy now, pay later’ options are meant to be for people not tapping into credit, but they actually are.”

“Right now, one of the biggest issues is that they’re operating pretty much largely outside of the regulatory system and outside of federal and state oversight for a variety of different reasons,” Gittleman said.

The United Kingdom and Australia, where BNPL has grown even faster than in the United States, have imposed regulations on these products. The Financial Conduct Authority in the United Kingdom announced in February that “buy now, pay later” products would be subject to its rules after finding that consumers believed the products provided the same “rights and safeguards” as regulated forms of credit.

The Dodd-Frank Act’s provisions against deceptive or abusive lending practices, which are enforced by the Consumer Financial Protection Bureau, apply to “buy now, pay later” services in the United States.

The Consumer Financial Protection Bureau (CFPB) has issued a warning to customers about “buy now, pay later” schemes and has already filed a lawsuit against a company that offers income-share agreements, possibly signaling broader ambitions on consumer lending.