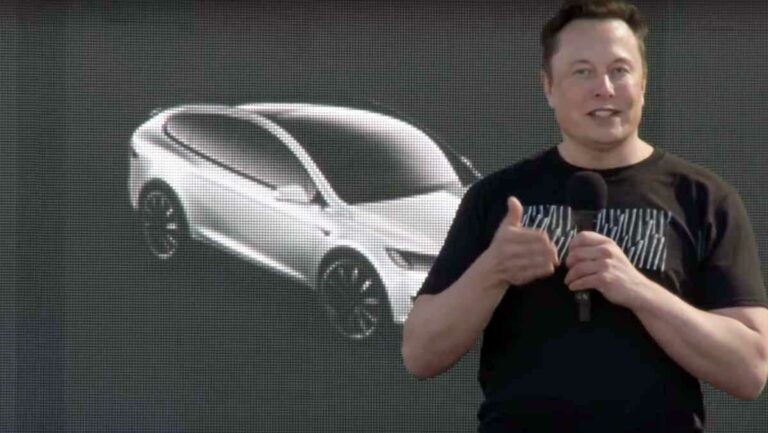 Tesla is known for manufacturing Revolutionary Electrics vehicles. On Monday, Tesla shares again surged with the gap-up opening. This clean energy carmaker made a record of a fresh all-time high, after the analysis of analyst Jonas at Morgan Stanley, who boosted their price target on this group after their third-quarter results.

Jonas analyzed and raised their price target to $1,200 per share, by $300. He stated that the company will increase their vehicles sales volume in future coming years as they show themselves as a “manufacturing leadership” in the EV sector.

He also stated that ” Giga press”, which is the largest casting machine in the world is used to produce and car parts. This machine is the size of a small house and weight of 5 space shuttles and transported by 24 flatbed trucks. This “Giga press” machine was previously installed in the Fremont plant, where it caught on fire. Now it has expanded Giga presses into Shanghai, Berlin, and Austin with 4-5 presses approx per location.

Jonas also said that “The big picture here is Tesla has the opportunity to completely revolutionize the car manufacturing”. He also said that the coming years for Tesla will be big as it brings new technology and new manufacturing plants in Texas and Germany.

The Tesla is the product of pre-Covid, sub $100bn, Tesla. The Tesla you’ll see over the next 12 to 18 months will show the capabilities of the Trillion $ company.