BYD started taking pre-orders for its Seal model in May this year. The pre-orders exceeded 60,000 already, which is a significant number. The prices of all four car versions were lowered by 3,000 CNY, around $445. The entry-level model starts at 222,274 CNY, which could decrease to 209,800 after subsidies are applied. 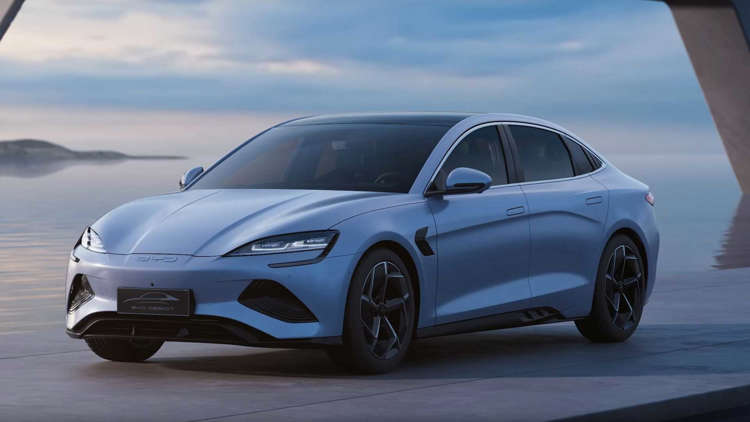 The highest version costs about 286,800 CNY after subsidies. There are two battery versions, 61.4 kWh and 82.5 kWh. Both are BYD Blade Battery (long, LFP battery cells), which in the case of the Seal model, are for the very first time integrated into the BYD’s CTB (cell-to-body) structural battery system.

BYD touts that, while “while undergoing nail penetration tests, the Blade Battery emitted neither smoke, nor fire after being penetrated, and its surface temperature only reached 30 to 60°C.” The pack was also “subjected to other extreme test conditions, such as being crushed, bent, being heated in a furnace to 300°C and overcharged by 260%. None of these resulted in a fire or explosion,” BYD adds, while current high-nickel performance EV batteries “exceeded 500°C and violently burned” during the nail test.

The BYD Seal models are slated for release in August with up to 150 kW fast charging capability that pumps the battery from 30% to 80% in half an hour. BYD already has 60,000 pre-orders on hand and said it will gradually be increasing its production capacity for the Seal to 30,000 units per month, presenting a formidable competition to the Tesla Model 3 there.