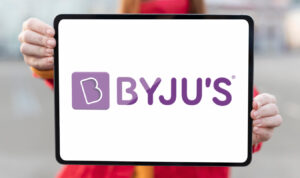 Byju’s has purchased GeoGebra, an Austrian firm, the latest in a string of acquisitions by the Indian edtech behemoth this year as it expands its online learning platform globally.

The purchase price was not disclosed, but a source familiar with the issue claimed it was around $100 million and included both cash and shares. Byju’s did not respond to a request for comment. GeoGebra, which is eight years old, is an interactive and collaborative mathematics learning platform that reaches over 100 million students in over 195 nations and territories.

The platform is available to both businesses and philanthropic nonprofit organisations, with the latter having free access to GeoGebra. GeoGebra’s current apps and web services will remain free following the acquisition, according to Byju’s.

“GeoGebra was created out of a desire to assist pupils learn math in a fun and aesthetically appealing way. BYJU’S shares our enthusiasm for learning and teaching, making them an ideal partner for our future endeavours. In a statement, Markus Hohenwarter, co-founder of GeoGebra, said, “I am certain that this relationship will assist millions of children study mathematics in an engaging way, allowing them to overcome their fear of math and learn to master it.” The GeoGebra acquisition, according to Byju’s, “complements” its product plan. GeoGebra’s offerings will be integrated into the most valued Indian startup’s goods to make “math more engaging” for its students.

“The GeoGebra team has created a dynamic and engaging platform that supports BYJU’s aim of providing students with meaningful learning opportunities. In a statement, Anita Kishore, chief strategy officer of Byju’s, stated, “It has important features that enable interactive materials that adapt to any child’s style and pace of learning.”

“At Byju’s, we’ve been making Math enjoyable, visual, and engaging with the use of innovative teaching and technology.” With GeoGebra on board, we’ll be able to improve, reinvent, and alter the way Math is taught and learnt even more. We will have a greater reach and the best resources to produce creative and engaging next-generation learning formats because of our combined strengths,” she added.

GeoGebra is the most recent in a string of approximately ten acquisitions undertaken by Byju’s this year as it seeks to fill the gaps in its products. Tynker, Scholr, Aakash Institute, Hashlearn, Epic, Great Learning, and Gradeup, among others, were purchased by the Bangalore-based business for over $2 billion in cash and equity agreements this year. Byju Raveendran, the company’s founder and CEO, previously told TechCrunch that the company is still exploring for further merger and acquisition options. Meanwhile, Byju’s is considering an initial public offering (IPO) as early as next year. According to TechCrunch, some financiers, notably Morgan Stanley, have offered Byju’s a $50 billion valuation.