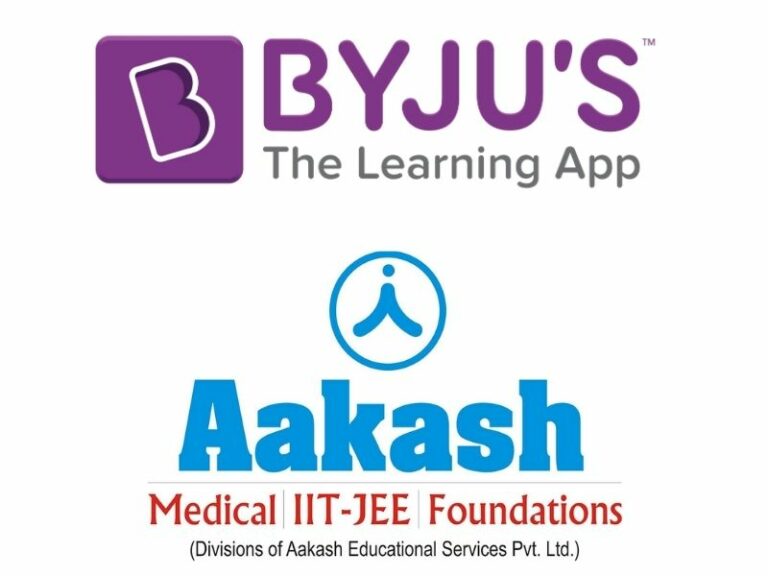 Byjus Delays Their $1 Billion Deal The acquisition was worth $950 million and touted as the largest in the Indian EdTech space.

Byjus, one of the leading companies in the ed tech sector in the country came out to announce that they will be pushing back their payments to Aakash Educational Services which they added to their wing over a year ago. The acquisition will include cash and a stock swap.

Byjus was supposed to finish up their payments and complete the deal some time this month but they have now postponed their final payments by two months for now. They now have time till the month of August to complete and finalise the remainder of the transactions.

Blackstone, an American based investment, which injected funds into Aakash Educational Services earlier said that they were expecting Byjus to complete the end of the transaction this month and pay them, but now it looks like it won’t be happening this month.

A representative of Byjus said that AES is one of the most successful deals that the company has done since it was established and are very proud and happy to be working with such a firm with talented people. The acquisition process is still on track and will be completed some time in August which is the date that has been agreed by all parties involved.

The deal has amounted to around $ 950 million USD which is one of the largest deals in the history of the education tech industry in the country.

This deal was mainly done as Byjus has been looking to expand into offline education and has been looking to scale up that part of their business quickly. They are also trying to on board educators with experience in the school systems so that they can create high quality mock exam papers.

They have even established tuition centres for students from 4th standard to 10th standard as a supplement to school education. A few months ago, the company announced that they might be injected around $ 200 million USD in to this initiative and put down a firm foot in the offline education sector.

Although the education tech space has been going down consistently, Byjus has been able to stay afloat, keep most of their top talent and even grow to attain the status of a unicorn. As of last month, the company was slapped with a valuation of $ 18 billion making them one of the most successful businesses in the ed tech sector and even in the start-up space over the past 2 to 3 years.