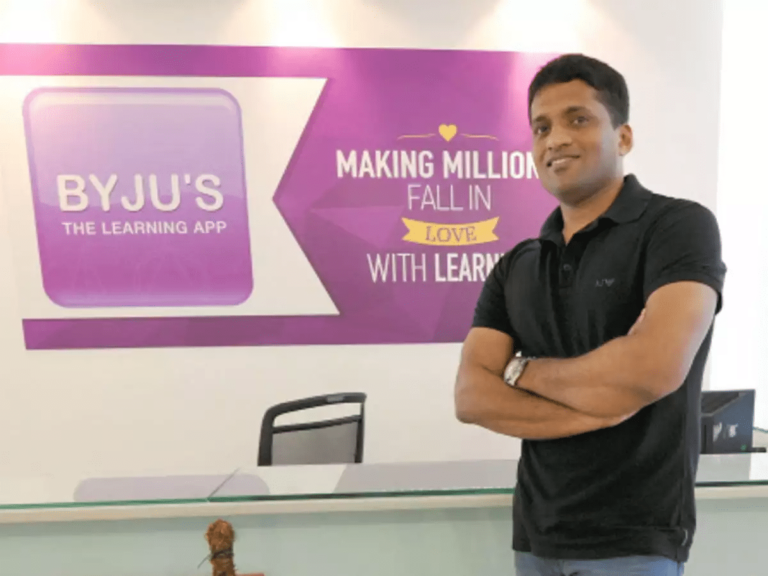 Byju’s in talks to go public through Churchill SPAC deal

According to persons familiar with the subject, Byju’s, India’s most valued startup, is in advanced talks to go public through a combination with one of Churchill Capital’s special-purpose acquisition businesses.

According to the persons who asked not to be identified because they were discussing private things, the company has conducted negotiations with many possible SPAC partners and is the farthest advanced in hammering out an arrangement with Michael Klein’s Churchill Capital.

In February, Churchill Capital VII raised over $1.3 billion in an IPO and now trades on the New York Stock Exchange.

According to the persons, Byju’s would raise roughly $4 billion in total and seek a valuation of around $48 billion under the preliminary parameters negotiated. According to market research company CB Insights, the startup is worth $21 billion.

While an announcement might be made as early as January, the talks are not yet complete. According to the sources, Byju’s or Churchill could still opt out of the arrangement, and Byju’s could explore an IPO in India next year.

One of the persons claimed the startup had previously considered a SPAC merger with Michael Dell’s MSD Acquisition Corp. and Altimeter Capital Management. Under present US restrictions, firms with headquarters in India are unable to go public through traditional initial public offerings.

Byju Raveendran, a former teacher who started and leads the Bangalore-based organisation, delivers K-12 courses and video material to millions of Indians studying for tough engineering and medical entrance examinations.

According to Bloomberg News, Byju’s was planning to submit preliminary paperwork for a traditional initial public offering as soon as the second quarter of 2022, and was also exploring a SPAC merger. It was an earlier plan to go public in 12 to 24 months that had been accelerated.

People familiar with the subject said at the time that the firm and its bankers had discussed a value of $40 billion to $50 billion, but that the ultimate decision would be based on financial outcomes and investor demand.

This year, India’s IT industry has exploded, with IPO fundraising on course to set new highs. In addition, venture capital firms have increased their investments in the nation, owing in part to a Communist Party crackdown in China, which has made that market less welcoming.

Paytm, a pioneer in digital payments, went public in the country’s largest IPO ever, but its stock rapidly plummeted. It’s unclear if that incident has influenced investor interest in large offers.

In a recent interview with Bloomberg News, creator Raveendran stated that the company is aiming for a revenue of 100 billion rupees ($1.3 billion) in the fiscal year ending March 2022, with a 20% profit. In the last year, Byju’s has been on a buying spree, purchasing firms that provide coding lessons, professional learning courses, and test prep programmes for competitive Indian examinations.