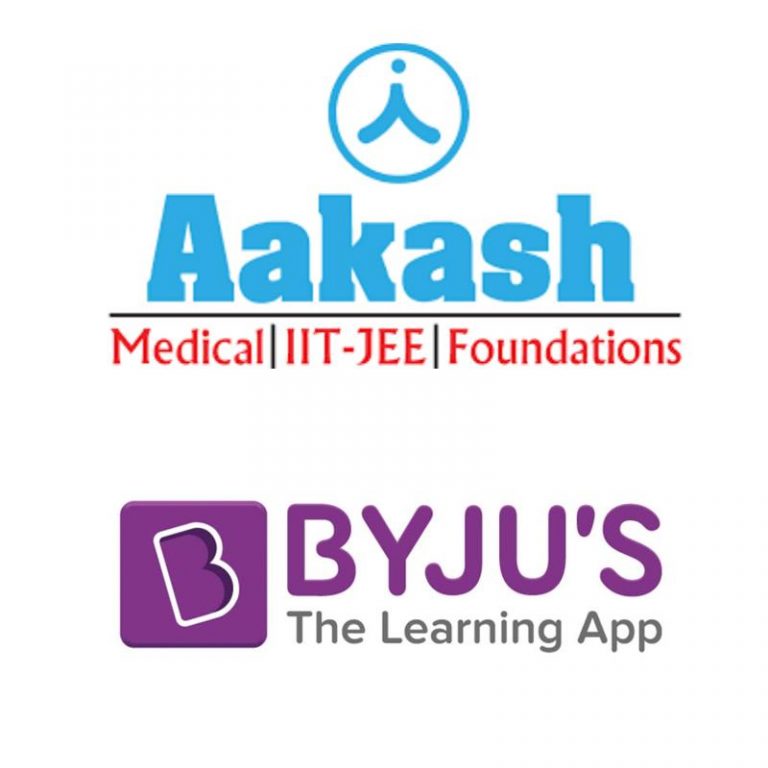 Byju’s is one of India’s largest online education technology start-up that boomed to success during the pandemic as schools, colleges and other educational institutions were closed. Well, in the latest update, Byju’s has announced to buyout 100% stake in Aakash Educational Services Limited, a brick and mortar or offline test preparation leader. The acquisition deal was signed at a whopping $ 1 billion.

Having given this brief introduction, this acquisition will be the biggest in the education technology sector in the world which should be concluded in the next two to three months, as mentioned in a report by Bloomberg Quint.

Aakash Institute runs over 200 operational brick-and-mortar centres across India with a student-base of over 250,000 students as mentioned on the company website. Aakash Educational Services is backed by Blackstone Group Inc., a US-based private equity alternate investment management company.

According to Bloomberg Quint’s report, on completion of the acquisition by Byju’s, Aakash Chaudhary family, founders of Aakash Educational Services will no longer be a part of the organisation in any which way and Aakash Institute will solely be managed by Byju’s.

Balckstone Group Inc. was carrying a 37.5% equity in Aakash Institute which on being acquired will be swapped for the same percentage in Byju’s stake.

As online education and educational technology has been on the high-rise lately because of the unfortunate COVID-19 pandemic, offline educational institutions, schools and colleges have taken a huge hit. The losses are immeasurable because this segment is one which will take a long time to open completely, probably after the vaccination arrives.

Till then, some institutions are open on hybrid mode or voluntary bases and others are still dependent on online education and other ed-tech platforms including Byju’s.

Speaking of Byju’s, the platform is valued at over USD 12 billion and with the rising demand for online education, it has been raising funds too. The ed-tech platform is backed by Mark Zuckerberg’s Chan Zuckerberg initiative, Bond Capital and Tiger Global Management, as mentioned on CrunchBase.

Byju’s was founded back in 2011 by Byju Raveendran and caters to students right from Kindergarten up till class 12th. The platform is considered India’s second most valuable start-up after financial technology start-up, Paytm.

As reported by Bloomberg Quint, India currently has over 250 million students from Kindergarten to Class 12th and Byju’s is adding over 5 million students on monthly basis. The ed-tech platform aims to double its revenues to over USD 1 billion by the end of Financial Year 2021 which ends in March.