Everyone’s heard of TikTok, the viral video sharing platform that’s one of the hottest in the world. The app features an interface that’s pretty cool, and it remains really fun to use, despite the rising data privacy concerns. So, naturally, there might be many other companies hoping to see and learn from the parent firm which is home to the service And there sure is some good news waiting for these companies, as the Chinese tech and social media giant, and the name behind the platform, ByteDance, has started selling TikTok’s AI to other parties.

The sale is not limited to China alone, and in fact, some social platforms in India too, like GamesApp, will reportedly benefit from it. Other buyers include Singaporean travel platform WeGo, US fashion app Goat, and Indonesian online shopping service Chilibeli. The deals will be made through BytePlus, a brand new division that has been launched by ByteDance just for the purpose of selling TikTok’s AI.

The news was first reported by The Financial Times, and may come as surprise to readers in India, considering the fact that the fact that TikTok, which was wildly popular among Indian users, was banned in the country in 2020, following suspicions of threats to national security. It was one of the many that had been scrapped by the Indian government last year. 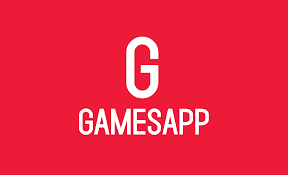 So, What Does the AI Do?

If you are left scratching your heads over what this AI actually is, here’s here’s explanation. The Artificial Intelligence which guides the platform directs its recommendation algorithm, which basically refers to the kind of videos (or so-called “TikToks”) are recommended to you. These recommendations are worked out on the basis of users’ interaction with the platform’s interface, and ByteDance had explained the detailed process last year in a blog post.

The videos that you like, comment on, create, or share, as well as the captions and hash tags included in the videos, are important factors in determining which videos will show up at your ForYou feed. Account and device settings, and location and language preferences, are other determinants.

BytePlus will be offering the AI for sale to interested buyers, which can then be modified and personalized by them to suit their own needs, and that of their customers.

Automated speech and text translation services are also being offered, as are real-time video effects and data analysis tools, as per the information provided on the company’s website.