According to the reports, California has barred the tech companies from listening to the demands of other states’ abortion-related warrants. There is a new law published in California that stops all tech companies from giving out private information about people who want an abortion, to outside authorities. Read the entire article to understand the news.

About the barring of tech companies

“California is setting a national privacy standard,” said Assemblymember Rebecca Bauer-Kahan, an architect of the bill, in a statement Tuesday. According to a release by California Attorney General Rob Bonta, the law went into effect immediately upon signing. This is considered to be the wrong use of power by the state to influence its national policy“Anti-choice sheriffs and bounty hunters are going to be highly motivated to do anything they can to get this data,” said Adam Schwartz, a senior staff attorney at the Electronic Frontier Foundation, a digital rights group that supports the California law.“We are going to see more of this situation where a business is facing, at one time, a legal process from an anti-choice state commanding it to disclose abortion-related data, and a blocking statute from a pro-choice state forbidding it from disclosing that same data,” Schwartz said. “This is an important new area, this contest between anti-choice legal process and pro-choice blocking statutes, and it is a matter that could work its way up the courts to the highest court.” “Red states and blue states are at war over abortion, and online platforms are caught in the crossfire,” Chamber of Progress CEO Adam Kovacevich said in a statement to CNN. “California’s new law could potentially have a big impact on protecting reproductive privacy — but first it will create a challenging conflict between state laws.” 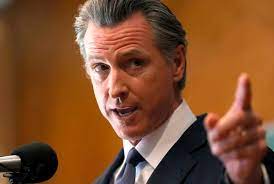 Consequences of the new law

The new law introduced by California puts big tech companies in jeopardy. That is because they will have to at some point choose sides. If they do that, whatever side they choose, the companies will be facing severe consequences. The new law bars these companies from shipping out personal information about people seeking an abortion to out-of-state authorities. According to Schwartz, this law will go a long way in safeguarding the privacy of people but it might cause a conflict in the state laws. In the event of a conflict between state laws, Schwartz said courts first look to whether a state has jurisdiction over a company and then, if it does, they fall back on a procedural tool known as “choice of law” to determine which law should apply.