What if you could talk to your favorite celebrities through a video call? Well, it seems like the dream is finally going to become a reality, since Cameo has launched Cameo Calls, a feature where fans can video call their favorite celebs and influencers. The new offering will users interact with the celebs one-on-one for up to 15 minutes, at an average price of some $31.

The calls can be booked through Cameo’s official website, which displays a schedule showing upcoming Cameo Calls that are available for purchase. Individual talents will be setting the time, duration, and the fees of these calls, which will also be appearing on their individual Cameo pages. Once a user buys a call, they will be provided with a unique ticket code, which will allow them to join the call through the app.

This comes even as the company had launched another feature a little over a year ago, allowing users to book Zoom calls with celebrities during the lockdown. The feature was eventually phased out in April, giving way to Cameo Calls, it seems. The new product brings with it a similar experience inside the Cameo app itself, instead of using any third-party application. Moreover, towards the end of the call, a dedicated photo op has also been scheduled, so that fans can get a selfie with their favorite celebrities without having to actually ask for it. 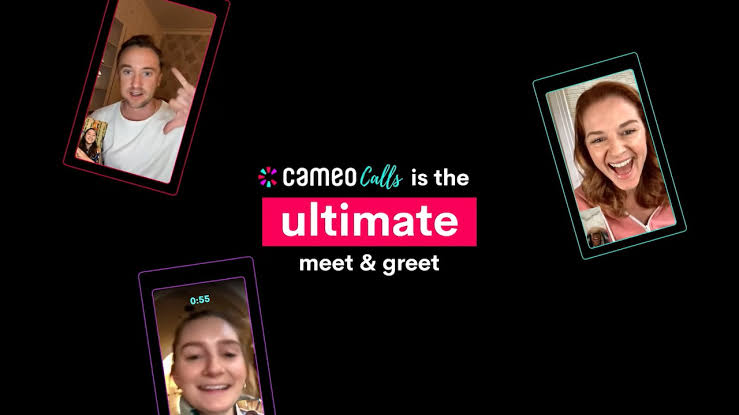 Apart from providing a safer alternative to the conventional in-person meet-and-greets during the pandemic, Cameo also believes that Cameo Calls can prove to be useful useful during “normal” times. This is because the offerings cuts down on the hassle of having to wait in line for hours, only to have an average of five to ten seconds of interaction with the talent.

Tested with the Help of Celebs

Co-founder and CEO Steven Galanis has said that he believes his company’s product will soon rpelave meet-and-greets that used to be a staple at music festivals, world tours, fan conventions, and more. He has added that the product has been tested with more than 3000 calls, including themed meet-and-greets, private concerts, coffee chats, and even tarot card readings. Former Disney star David Henrie, and Harry Potter-fame Oliver and James Phelps, who played the Weasley twins in the series, are a few of the performers who took part in the testing of the feature.