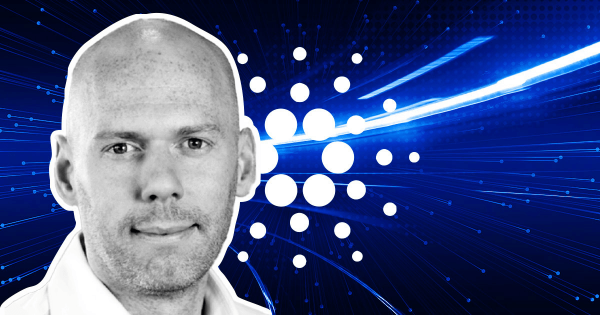 Cardano’s creator welcomes John Alan Wood on board as the CTO of Algorand!

Algorand and its evolution in the crypto scene!

Algorand is one of few proof-of-stake blockchain cryptocurrency protocol. The native currency of the company is also Coined as “ALGO.” The company was incorporated in 2017 and the incorporation was done by Silvio Micali.

Algorand is divided into two branches – one is a company and the other is a foundation. The foundation is the core part that channels the company’s vision towards the cryptocurrency market. The foundation manages network development, crypto sphere and works on decentralization of the Algorand Network. Algorand Inc., a private company with its headquarters in Boston, is in charge of managing the basic development of the Algorand protocol.

John Alan Woods worked for a small stipulated time for Duncan Coutts, IOG’s principal technical architect. After working for Cardano, John now is officially going to become a member of Algorand. John Alan Wood is going to be appointed as the CTO of the company.

The primary roles and responsibilities of John is to inspect the infrastructural developments, technical partnerships, developing productive tools for education and engagement. His job profile also gives him the responsibility to remove the complexities among the developers, improving the journey of his team members and adding new tools to which will facilitate the creation of new apps in Algorand.

According to Woods, “Algorand offers best-in-class technology when it comes to speed, scale, and security.” Therefore, enhancing the user experience is currently the most crucial driver of Algorand’s mass acceptance, and I am very eager to fulfil that promise.

Working with John while he was standing in for Duncan during his paternity leave was fun. I’m delighted to see John step up as a CTO, and it opens up many great opportunities for future collaboration and research. Algorand is an excellent project with exceptional people. https://t.co/nzIGqzSAVz

In reply to John’s tweet, the creator of Algorand reacted:

The prior experience with John was pleasing when we worked together in for Duncan. He also claimed that he was elated to welcome John Alan Wood in the company as the CTO. He said that addition of John in the higher hierarchy will surely open up unlimited possibilities to help the growth of the company. Opportunities for future collaboration and research will be more under the guidance of John, claimed Charles Hoskinson.

In conclusion the creator of Algorand was ecstatic to welcome his previous partner John Allan wood into the team.

Woods is supposed to report to the CEO Staci Warden, who said, that John is the critical point for the company to move forward in its vision to grow the developer community and also claimed that John would come good under his unquestionable leadership skills.