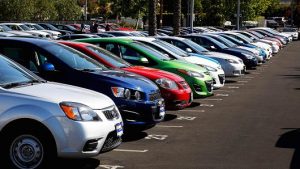 CarDekho Group, an automotive platform is all set to go ahead with its international expansion plans. The company aims to make its presence felt particularly across South-East Asia in the course of the next two years. The company is working towards the expansion plans and is already amidst the process of deploying an amount of $25 million towards this end. If the plans work out favorably, the company will soon enter the Malaysian market followed by Vietnam and Thailand.

According to Umang Kumar (Co-founder and President, CarDekho Group)

“The idea very clearly is that we will be a pan South-East Asia (player) and all other major markets with our new auto business within the next two years. On the auto finance side, we will probably see enter about three-odd markets.”

The company already holds the label of being the “number one auto site in both Indonesia and the Philippines.” Umang Kumar stated that the company’s strategy in South-East Asia will be much similar to the one they adopted in India and which reaped immense benefits and success. The initial point of focus will be auto, followed by auto finances, and ultimately car transactions.

In addition to offering customers avenues for the sale and purchase of cars and financing facilities, the company also holds the reins of certain websites like CarDekho.com, Gaadi.com, ZigWheels.com, BikeDekho.com, and PowerDrift.com.

The company had expansion plans from 2019 and was channeling finances and funding to this end which has now reached a total of $25 million. This will be of a remarkable help for the expansion to South-East Asian markets.

Mr.Kumar also mentioned the challenges brought forth by the pandemic, which has had quite an impact on the business, almost shaking the growth trajectory. The pandemic has also resulted in the surging demand for more digital options. The company is speculating the right strategy for adapting digital in the right way, to move forward successfully.