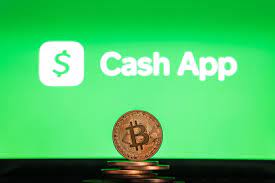 The digital cryptocurrency payments app, the cash app, has decided to provide a new feature to all its customers, who were using the app for receiving the bitcoin into their transitions. The former square and recently renamed to block. The tech company product, the cash app is considered to be one of the most innovative products in the fintech industry for all its potential of easy crypto transfer options amongst all the users in the US. After the recent updates the users can send the bitcoins along with accepting the bitcoin payments from the other app users.

What is a cash app?

The cash app is a cryptocurrency facilitator app, which was owned by jack Dorsey who was a former co-founder and CEO of Twitter. The fintech crypto translation company was started by Jack Dorsey, working at the company Block. The company block was formally square and was recently renamed to block to work on the long-term ambitions of the company for all the crypto translations and the future of the company.
The company wants to work the ambitions which are above the current operations of the company as just a card reader company in the US. As per the new feature of the company the user of the cash app will now be able to receive cryptocurrencies like bitcoin on the platforms apart from this old feature of sending the currencies to others.

What is Lightning Network?

How is Lightning Network different from bitcoin?

The bitcoin cryptocurrency is made on the principal blockchain and the security layer into them results in slow transaction speed along with the cost of transactions is high in this process. This issue in the process has impacted the popularity of bitcoin on multiple options of scalability. These issues got worse in 2017 on wards when many miners irrespective of their system configuration entered into crypt mining.
This hampered the speed and the cost in a more detrimental manner such that the cost of mining $1 of bitcoin or up to $1,000 of bitcoin was the same as $37. This issue was addressed in the lightning network, where the network works on the second layer of protection and efficiency but along with this, the network can interconnect with the bitcoin blockchain. In the Lightning Network after transactions, The network uses long tenure for settlements of charges from buyers and sellers just like traditional card settlements systems