Ola has a whole has had a whirlwind of a few months as their name has been dragged through the mud recently, especially on social media due to Ola Electric, one of their subsidiaries and their subpar products, service and customer care.

Now, Ola Electric’s sister company – Ola Cars’ chief executive officer, Mr. Arun Sirdeshmukh has chosen to step down from his role and leave the firm just under a year after being appointed. He took the role in October, last year meaning that he lasted less than 8 years at the company. 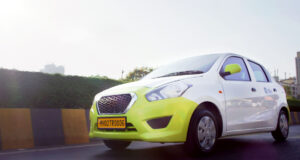 He even now looks after the Go to Market Function which basically refers to set strategies and ideas employed to make sure that the company’s products and services reaches the correct and appropriate target group. It is a very important part in the sales and marketing process of every company and firms spend a lot of money to make sure their products and services are seen by the right people.

Prior to his employment at Ola Cares, Mr. Sirdeshmukh spearheaded Ola Electric’s Go to Market Function. He has a stacked and well-respected resume as he worked at USA based e-commerce behemoths, Amazon working in the fashion line as an employee of the higher level.

Currently, Ola is mainly known for its cab services. The app slowly evolved into auto services to adapt to the Indian market and now they even offer bike services to combat the heavy traffic which is also an economical option. Currently, this application rakes in the most revenue out of all subsidiaries of the company. In 2021, the company gained a revenue of Rs. 689 crores. The company is currently fighting fiercely with Uber India to be at the apex of the Indian cabbing industry as they fend off other newer players in the industry like Rapido and Meru Cabs. Inspired by the Tata Neu app, Ola also plans to create a consolidated app which will include the services of all their subsidiaries.