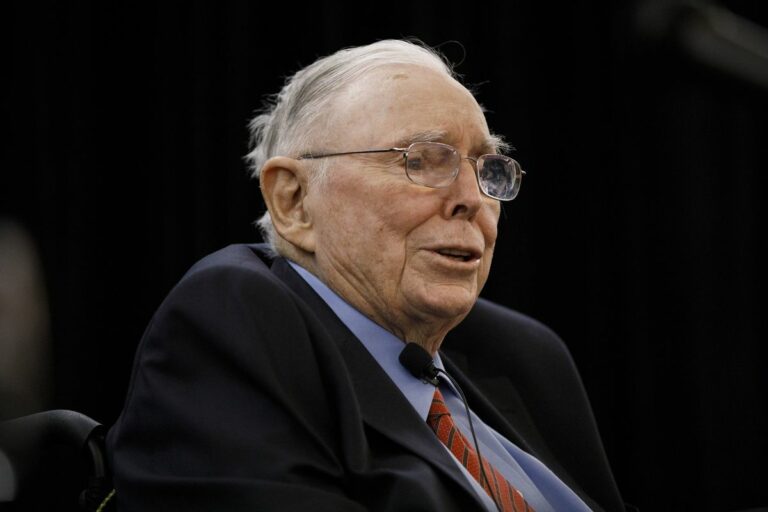 According to Charlie Munger, vice Chairman of Berkshire Hathaway, Tesla Motors owned by multi-billionaire Elon Musk was a minor miracle in the automobile sector. Charlie Munger made the statement while talking with CNBC.

Charlie Munger who is considered as the right-hand man of veteran investor Warren Buffett had earlier said that EV Manufacturer Tesla will fail due to multiple reasons. But during the talk with CNBC, Munger said he doesn’t recall saying anything like that about Tesla or Elon Musk.

He then went on to praise the electronic vehicle maker by saying that Telsa Motors has significantly contributed to the growth of civilization.

“We haven’t had a successful new auto company in a long, long time,” Munger said,” admitting that he was surprised by its success.

He personally praised Elon Musk, saying he “has done some good things that others couldn’t do”.

Statements of Charlie Munger come at a time when Elon Musk, the new chief executive officer of Twitter is under fire from all quarters. Soon after taking over ownership of Twitter, Elon Musk decided to fire the CEO, CFO, and chief Legal Officer of the social networking giant.

After assuming the post of CEO, Musk began taking decisions that are termed “erratic” by various users.

Twitter under Elon Musk decided to lay off more than half of the entire workforce a few days ago as the company is trying to cut costs and reduce expenses.

Advertisement revenues have also gone down since Elon Musk took over Twitter as various multinational companies which used to advertise on Twitter are afraid that the platform will be more radicalized in the future.

The case rests on a shareholder’s complaint alleging that Musk and Tesla’s board of directors failed in their duties when they approved the pay package, amounting to about $51 billion at recent share prices.